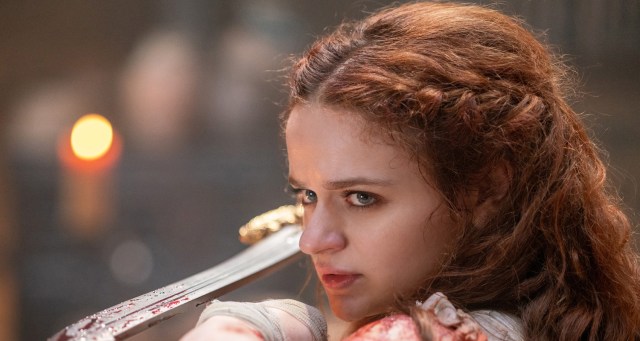 Known for her roles in The Kissing Booth series of films and The Act, none of which boasted the most extraneous physical demands, it was quite the turn for Joey King when she was not only cast in the leading role of the upcoming action-comedy The Princess, but also found herself performing 90 percent of her character’s stunts. And for those of you not in the know, that’s a hefty number of stunts.

The Princess stars King as the titular royal, who finds herself locked away in a tower after she refuses to marry the treacherous Julius, who seeks to overthrow her father’s kingdom. Channeling Shrek‘s Princess Fiona, the Princess goes on a rampage throughout the tower, hellbent on escaping from her captors and saving her kingdom, leaving an excess of blunt-force trauma in her wake.

It was a big adjustment for King, who opened up about the challenges that came with starring in such a high-octane action movie with a relatively low amount of training in an interview with Entertainment Weekly.

It scared me a little bit. I didn’t have the training and haven’t done fight sequences.

She would also go on to state the necessity of her character being in the thick of all the action, regardless of such behind-the-scenes circumstances.

We want to bring realism to it. so the Princess gets beaten up. We want her to be tired, to feel like she’s in danger. She’s overcoming all these people’s expectations of her. She really breaks those barriers and shows everyone she is worthy.

The Princess releases to Hulu on July 1. Beyond that, moviegoers can catch King as British assassin Prince in another upcoming action comedy, Bullet Train, releasing August 5.