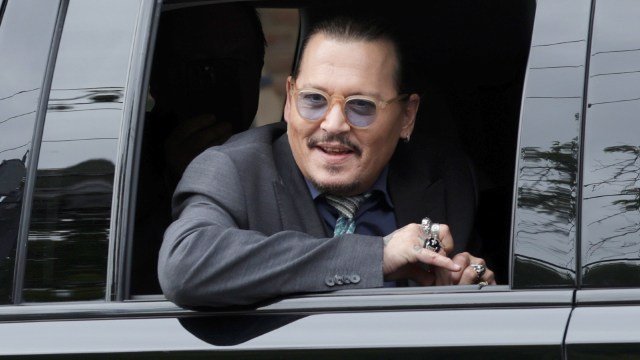 Good news for Johnny Depp fans who were able to overlook all the problematic things that came up during and after his defamation lawsuit. In addition to his first film role in three years and a seven-figure endorsement deal wth Dior — the 59-year-old actor will be getting back into the director’s chair for the first time in 25 years for the upcoming film Modigliani, about Italian artist Amedeo Modigliani.

The film, which will reportedly begin production in Europe in spring 2023, is less of a biopic and instead details an “eventful 48 hours” in 1916 Paris that would on become a turning point in the artist’s life, cementing his status as an artistic legend. Depp will also co-produce alongside Al Pacino and Barry Navidi. This will be the follow-up to Depp’s directorial debut in 1997’s neo-Western film The Brave, which he likewise co-wrote and starred in alongside Marlon Brando.

“The saga of Mr. Modigliani’s life is one that I’m incredibly honored, and truly humbled, to bring to the screen,” Depp said in a statement to The Hollywood Reporter. “It was a life of great hardship, but eventual triumph — a universally human story all viewers can identify with.”

The film will be produced by Depp’s UK-based production house IN.2, which is the European arm of his production company Infinitum Nihil. Co-producers Pacino and Navidi previously worked together on projects including The Merchant of Venice (2004), Wilde Salomé (2011) and Salomé (2013).

“This project has been very close to Al’s heart. Al introduced me to the play Modigliani many years ago and I instantly fell in love with it,” Navidi added. “This is a slice of Modi’s life and not a bio. It’s been a dream of mine to work with Johnny again — he’s a true artist with an amazing vision to bring this great story to the screen.”

Currently, Depp is filming the French biographical period drama La Favorite about Jeanne du Barry, the mistress of King Louis XV, who he will also portray in the film.