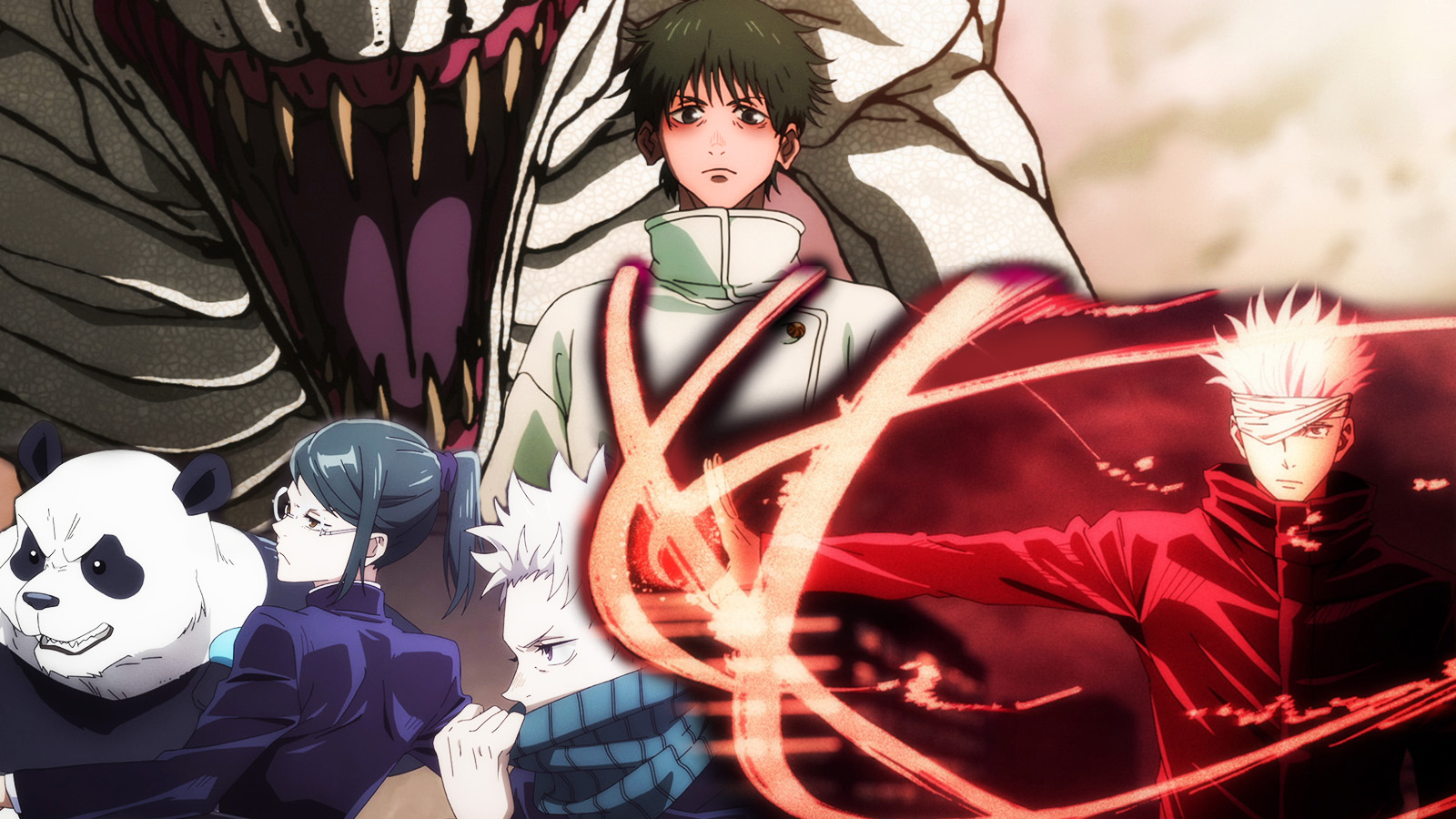 Both new and returning fans will find something to love in the original and familiar faces of Jujutsu High. Yuta makes for a compelling protagonist in a series that explores childhood traumas, while all the action is simply spectacular.

Jujutsu Kaisen 0 is already one of the most popular anime films of all time. It’s currently the eighth highest-grossing anime film in Japan, where it was released in December, and 17th worldwide. It’s also already in the top 100 charts on MyAnimeList.

These are figures usually reserved for big-budget stand-alone features from directors and studios known for putting out original work. And while MAPPA is certainly a powerhouse studio in its own right, having animated some of the most popular adapted shows and films of the past decade, Jujutsu Kaisen 0 is director Sunghoo Park’s first time working on a theatrical feature.

The South Korean animator began working with MAPPA as a key animator on projects like Terror in Resonance and Yuri!!! On Ice, and his directorial debut came in 2017 with Garo: Vanishing Line, an original anime entry in the ‘00s tokusatsu franchise. In 2020, on the heels of an adaptation of Korean manhwa The God of High School, MAPPA and Park’s adaptation of Jujutsu Kaisen premiered.

The series, an adaptation of Gege Akutami’s dark fantasy shonen series of the same name, was a hit and it’s unsurprisingly getting a new season from MAPPA next year. (In case you’re wondering, they knew that when writing the script.) Akutami, a pen name, began serializing Jujutsu Kaisen in 2018 at Weekly Shōnen Jump, but the series was itself a sequel to their earlier, less popular Tokyo Metropolitan Curse Technical School, retroactively renamed Jujutsu Kaisen 0.

The film, like its manga, is set at Jujutsu High just a year before Yuji Itadori would become a student. This time our shonen protagonist is the much less charismatic Yuta Okkotsu (Kayleigh McKee), who gives off sympathetic emo boy vibes. Jests aside, he makes for a compelling protag beyond being a destined hero boy who learns he can wield the big sword well. Yuta’s angst is sincere, rooted in the series’ characteristic exploration of trauma. He’s haunted by Rika (Anairis Quiñones), his childhood best friend whose untimely death resulted in a curse and whose gory “protection” leads to much of Yuta’s ostracization from his classmates.

With that as a starting off point, Jujutsu Kaisen 0 feels a bit like the beginning of Jujutsu Kaisen. Yuta is quickly whisked away to Jujutsu High, where, in stay of an execution, Satoru Gojo (reprised by Kaiji Tang) comes to mentor the student by throwing him into the thick of it. He eventually endears himself to his classmates Maki, Toge, and Panda, voiced by the returning cast of Allegra Clark, Xander, Mobus, and Matthew David Rudd, respectively, and the quarter fight the bad guys — led by Suguru Geto (reprised by Lex Lang).

As much as Jujutsu Kaisen 0 offers a different glimpse into the series’ dark fantasy world of curses, it also establishes the motivations and relationships of the series’ masterminds. Gojo and Geto’s past is a thread woven throughout the film that I only wish was given even more time than it already is. Still, the film doesn’t go out of its way to make Geto’s planning or motivations more compelling than “literally eugenics” but it is after all in service to the film’s many battle scenes. And they’re great. It’s MAPPA, what do you expect?

Coming away from Jujutsu Kaisen 0, its greatest accomplishment is that it stands mostly on its own. There are cameos that certainly feel like cameos even if you don’t know who the characters on the screen are for a few seconds, but aside from that, it’s an almost self-contained story. The pacing feels rushed in places due to getting the audience (and Yuta) up on the rules of magic in this world, but Jujutsu Kaisen 0 stays narrow in scope while remaining consequential to the series people already know or will want to go watch afterwards. It’s firmly a prequel, not a spin-off.

And I think that’s part of its appeal, if Demon Slayer: Kimetsu no Yaiba – The Movie: Mugen Train’s record-shattering success was any indication. Shonen spin-off films can’t just stand on spectacle alone, they have to provide their own compelling characterization and worldbuilding for newcomers while not stalling the action for series fans. Jujutsu Kaisen 0 is interesting, funny, and flashy by itself, manga and television aside. And there’s something in it for shonen fans of all sorts, replete with the tired trope of teenage boys giggling over their friends’ big boobs while standing right next to her.

Both new and returning fans will find something to love in the original and familiar faces of Jujutsu High. Yuta makes for a compelling protagonist in a series that explores childhood traumas, while all the action is simply spectacular.