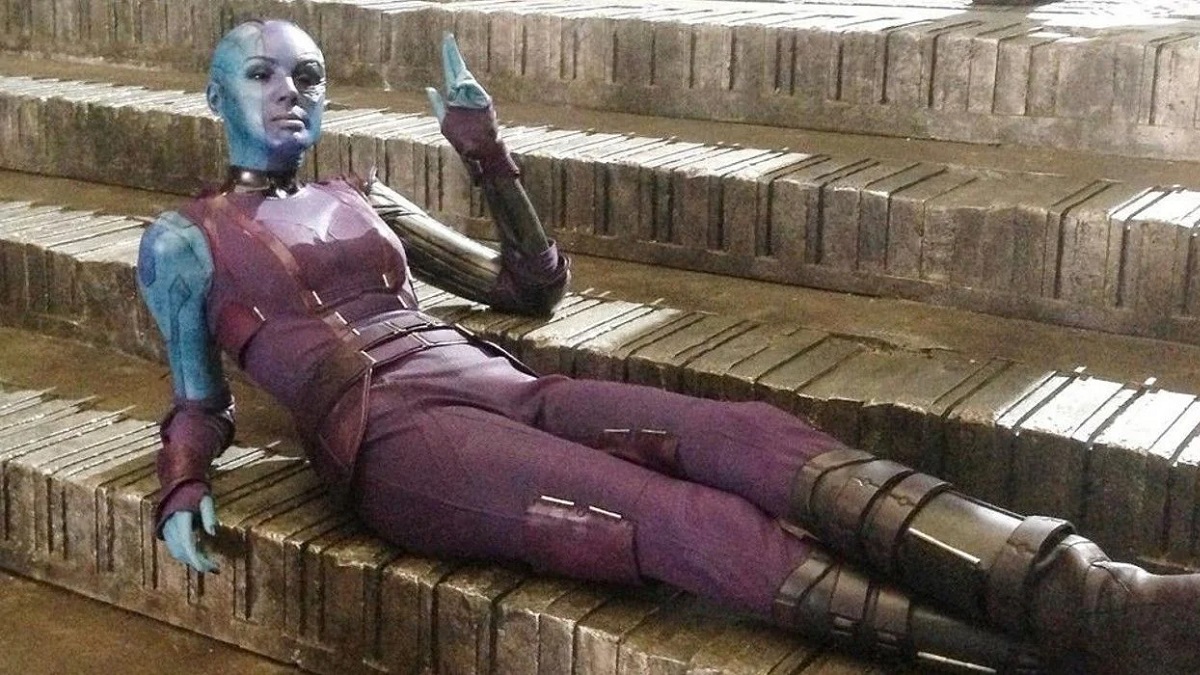 It’s been a wild ride to get to this point of his Guardians of the Galaxy career for James Gunn, who recently revealed on social media that less than two weeks of shooting remain on the team’s third feature-length blockbuster.

In the meantime, he was fired after old tweets resurfaced and caused offense, migrated over to DC to direct The Suicide Squad and create smash hit series Peacemaker, and he’s expected to dive back into the wacky world of John Cena’s Christopher Smith once he finishes up his Marvel Cinematic Universe commitments.

That’s without even mentioning the schedule for Vol. 3 also encompassing shooting for theme park attraction Cosmic Rewind and the Disney Plus Holiday Special, which Gunn claimed could well be the greatest thing he’s ever done. Speaking to ScreenRant in a new interview, Karen Gillan agrees that the Guardians are set to knock it out of the park once more.

“I mean, it could be! I haven’t seen it yet. I don’t know, but it’s totally possible that it is. I think it’s gonna be extremely funny.”

The Guardians of the Galaxy Holiday special is coming to streaming towards the end of this year, in what’s going to be a huge 12 months for the titular team. Star-Lord and the gang will appear in this summer’s Thor: Love and Thunder, while their festive frolics will act as part of official MCU canon, presumably acting as a primer of sorts for Vol. 3.

After that, it looks like the end of the road for many of the key players, but they’ll be hoping to go out with a bang.