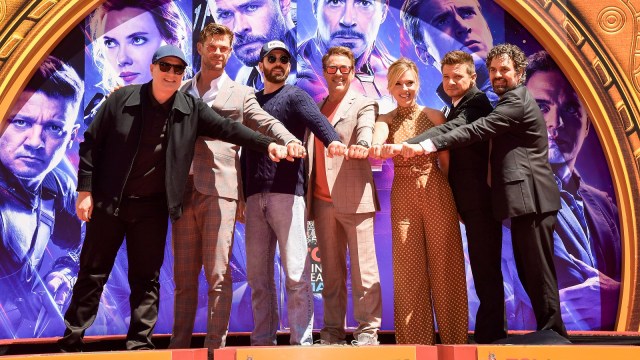 It’s hard to argue that the Avengers’ OG power trio of Captain America, Iron Man, and Thor were the face of the MCU for the first three phases of the vast cinematic franchise. Now that Iron Man has passed on to that great engineering lab in the sky and Cap is finally collecting his well-deserved retirement pay, what does the future hold for the eternally youthful member of the troika, Thor? Or, to be more specific, his IRL alter ego, Chris Hemsworth? MCU honcho Kevin Feige has answers. Kind of.

As reported by gamesradar.com, the Marvel Studios president addressed the crowd at the Thor: Love and Thunder press conference to say there’s no shortage of further tales featuring the Asgardian thunder god for the studio to tell. Feige noted, “Well, there are these things called comic books that have a lot of stories in them – and that’s where all of our stories come from. And the question is, ‘Have you told all the great Thor stories from the comics in movies?’ The answer is no. There are lots of them.”

However, Feige’s further comments weren’t exactly a guarantee that actor Chris Hemsworth would always be the man behind the hammer. While the Marvel bigwig remained enthusiastic about the star continuing his portrayal of Thor, he also left open a fairly large backdoor as to how Thor may be portrayed in future phases of the MCU.

“I’ve always said our interest in making additional stories is somewhat about continuing the character, [but] it’s almost entirely about continuing the experience with the actor. I think of all of our cast, not as their individual characters, but as the Marvel players who within that character can grow and evolve and change. And if we look at the comics as our guide, there are plenty of other incarnations of Thor that we have yet to see.”

So there you have it. Essentially, we may not always have Hemsworth, but there will always be a Thor. Perhaps portrayed as an alien or a frog, but Thor all the same. As for Hemsworth, it doesn’t appear that he’s going to hang up his hammer just yet. And at least one person behind the scenes in the MCU foresees a Hemsworth-helmed Thor project in the far future. Taika Waititi says he’d like to work with the actor on a movie that features an elderly King Thor.

Thor: Love and Thunder will debut in theaters on July 8.