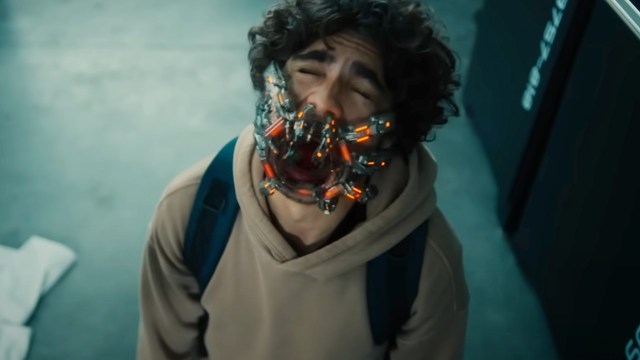 As the holiday season continues to breeze in, with an abundance of available gifts making the rounds online, it’s safe to assume that Halloween has long been forgotten. Luckily, the massive amount of headlines in the colossal horror genre seems to be doing just fine otherwise, with plenty of those newsworthy announcements set to be revealed in today’s daily horror roundup here at WGTC. In today’s pipeline, Netflix has once again successfully crushed the dreams of its subscribers by sticking a fork in one of the service’s hottest shows, while a present-day slasher villain is etching his name into a long list of formidable genre baddies.

So, before you use those pumpkin seeds to help bake a delicious Thanksgiving pie, stay seated as we explore the latest updates in horrorland.

Move over, Michael Myers and Jason Voorhees — there’s a fresh-faced horror icon that is successfully terrorizing the spooky community, and his name is Art the Clown. As the main mascot of the Terrifier franchise, Art presents himself as a supernatural force that maneuvers through the persona of a silent clown. And unlike other horror villains with a clear motive, it appears as though Art simply kills just for sport, and he certainly has a fun time doing so. As a result, genre fanatics have awarded Art as one of the best modern-day slashers — and if he were here right now, he would probably silently laugh to himself and bask in the blood-soaked glory.

Apparently, The Imperfects was definitely far from ‘perfect’ in Netflix’s eyes

In an unsurprising turn of events, Netflix has successfully axed another insanely popular show on the platform. This time, The Imperfects — a mind-boggling fantasy horror series — was canned after only just a singular season. Following in the footsteps of Archive 81, the fantasy hit’s cancellation was completely abrupt and definitely unexpected, seeing as the show had become immensely beloved by horror fans and television enthusiasts alike. Nevertheless, in true Netflix fashion, the streaming giant sought to squash future plans for the acclaimed series, and instead likely shift most of its focus on staples like The Crown and Stranger Things. Life just ain’t fair.

Truth be told, there’s a vast majority of horror movies that are just plain bad. From various plot holes to unlikeable characters, certain genre pieces have only been salvageable by a saving grace — and that would be the inclusion of a fantastic score. With composers like Danny Elfman and John Carpenter, a slew of spooktacular flicks have doubled in quality thanks to the magnificent addition of music. And while Halloween (1978) is far from a dud, part of its success can absolutely be attributed to the song stylings of Carpenter, whose terrifying tunes helped to establish the film as an iconic slasher. Alongside Halloween, horror fans are firm believers that great scores helped sequels in the broken Friday the 13th franchise, which certainly deserves a pat on the back.

Slither back in tomorrow, fantasy junkies, for another mind-blowing horror roundup.