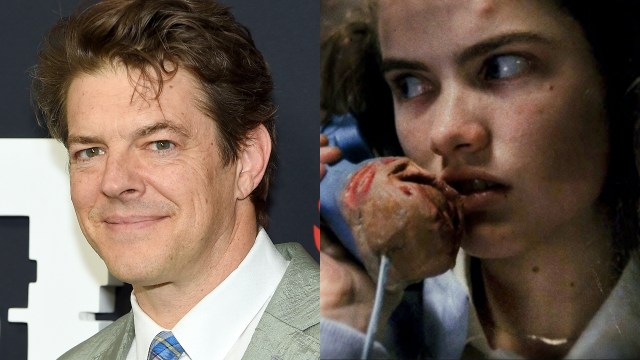 Happy Friday, genre junkies! The time is finally upon us, although it truthfully feels like it happened far too quickly. Yes, at last, Halloween weekend is here! Ghouls, goblins, mummies, and monsters from all around the nation will be bobbing for apples, entering in costume contests, and downing various amounts of shots to celebrate one of the scariest (and best) times of the year. With that being said, Halloween would fail to seem as significant without the inclusion of We Got This Covered’s daily horror roundup, which continues to keep all of you updated on the latest bulletins in the spooky streamline. The last 24 hours have been headline-worthy for news, as Blumhouse has graced fans with its annual Halloween party while HBO Max is abandoning an iconic horror franchise.

So, schedule your last-minute plans for this gracious weekend and follow along as we unfold the latest updates in horrorland.

The massive horror genre is notable home to an array of long-standing franchises, and while many of them are timeless, it turns out Wes Craven’s A Nightmare on Elm Street series is in jeopardy. According to HBO Max’s updated catalog, the horror series is expected to be removed from the streaming service on the final day of November, which allows the platform to fully prepare for the onslaught of holiday movies, television shows, and specials. With that being said, if you’re interested in having a binge marathon of the Nightmare movies, then now is definitely the time to do so before Christmas is in the air.

Blumhouse Productions is undoubtedly a giant in the realm of cinematic horror, with the company producing several big-name genre projects over the last few years — which includes David Gordon Green’s Halloween trilogy. And while the company’s tag is attached to plenty of creepy-esque projects, none can compare to boss Jason Blum’s Halloween costume of choice for this year’s Blumhouse party. With Blum partnering up with The Conjuring’s James Wan, the duo is set to release M3GAN this January — a horror movie based on an artificially intelligent doll that starts creating some unexpected bloodshed. Blum looks absolutely uncanny in the costume — to the point where we’re starting to wonder if he’s actually M3GAN.

While horror actors like Patrick Wilson (The Conjuring, Insidious) and Bruce Campbell (Evil Dead franchise) are often the center of the spotlight, horror fans are adamant that another long-standing name deserves to be a major focus in the genre — and that would be Justin Long. Throughout his career, the gifted performer has starred in several notable horror movies — including Jeepers Creepers, Drag Me to Hell, and Barbarian. All of these movies, despite minor flaws, have been recognized and celebrated by genre diehards, most of which are convinced that the key ingredient of Long is the glue that brings the entire project together. It’s definitely hard to argue that one.

Catch you back here on Monday (aka Halloween!), spooky lovers, for another daily horror roundup.