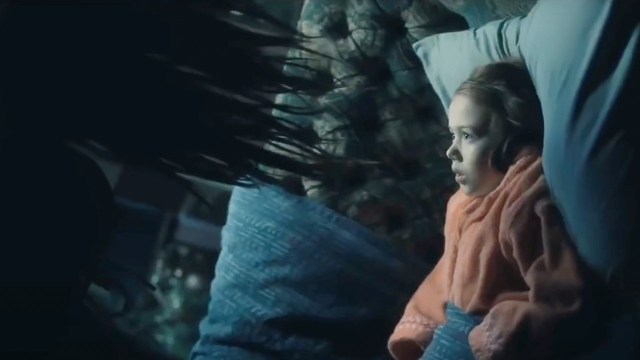 Happy Monday, ghouls, goblins, and…. Yuletide junkies? Well, the Christmas season is still a few weeks away, which means the Halloweenie dream surrounding the horror scene has yet to completely drift away. With that being said, today’s daily horror roundup here at We Got This Covered is chock-full of spooky goodies that keep the genre alive and pumping. In today’s juicy lineup, a memorable The Haunting of Hill House star has expressed interest in reviving the narrative for a sequel while a genre remake miles better than the original is earning plenty of praise from fans.

So, grab that festive mug of caramel flavored coffee and feast your eyes on the latest updates in the horror realm.

Forget the ’70s, the ‘2010s produced a far superior The Crazies experience

Despite legendary auteur George A. Romero helming the ‘73 original, it’s hard to argue that the 2010 version of The Crazies is the superior project of the two. With bone-chilling sequences and stomach-churning effects, the horror film introduced a fresh-faced concept to the spooky genre. As a result, diehards fans on Reddit are adamant that the 2010 version is the undisputed best — and rightfully so. And when horror fans have their minds made up on a particular feature, it’s a difficult task to try and persuade them otherwise. Sorry, George.

Netflix’s The Haunting of Hill House has proved to be one of the most successful original series on the platform, thanks in part to the mind-boggling talent from horror director Mike Flanagan. Although the series came and went in 2018, star Mckenna Grace is hopeful that both Flanagan and executives at Netflix will sign off on a potential spinoff in the future. According to the 16-year-old actress, she even reached out to Kate Siegel, who portrayed the older version of Theo in Flanagan’s hit. And if that isn’t trying to make some necessary moves to see a spinoff succeed, then we don’t know what is.

It would be an understatement to state that Jordan Peele is one of the most gifted horror directors in the realm of modern cinema, with projects like Get Out and Us bulldozing through the box office. Earlier this year, Peele recreated his prior success with Nope, which was released back in July. In the aforementioned horror film, an otherworldly creature threatens a brother and sister on a Southwest ranch. And while the movie is crawling with unnerving scenes, Redditors firmly believe that a particular scene stands out as “nightmare fuel” — which involves the otherworldly being abducting civilians and ingesting them. Wild.

Catch you back here tomorrow, Jordan Peele stans, for another fun-filled horror roundup.