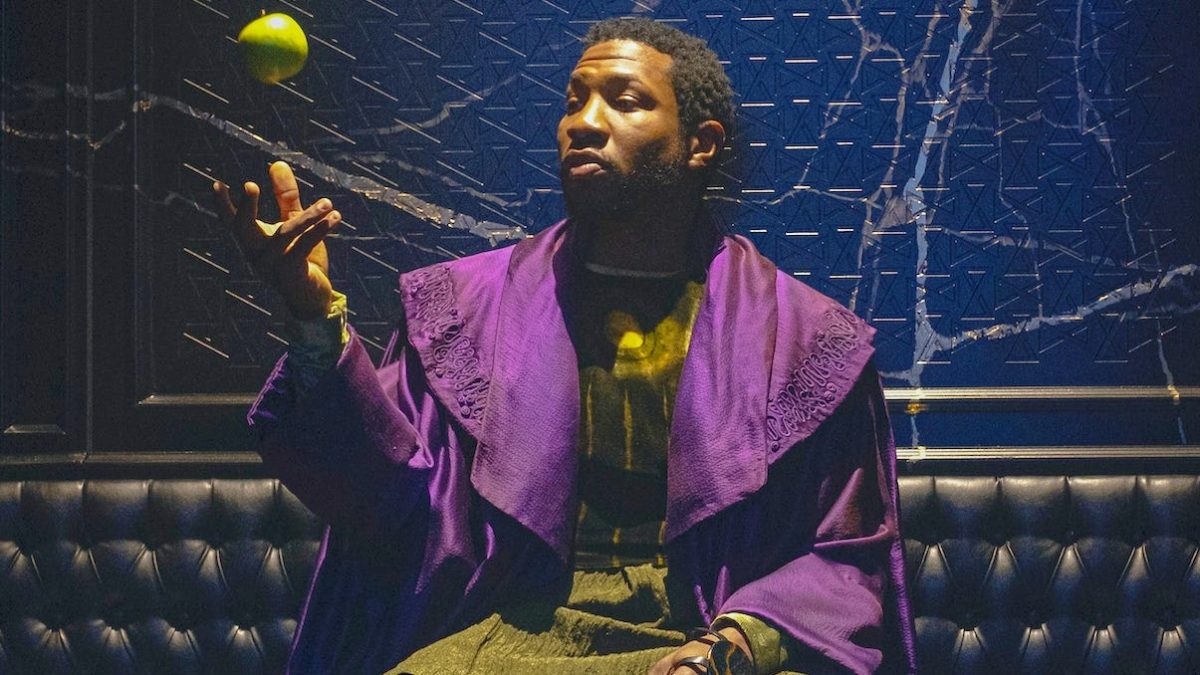 If there’s one person we thought we could rely on to keep Ant-Man and the Wasp: Quantumania plot details under his baseball cap it’s Kevin Feige, and yet the Marvel boss himself has gone and spoiled all about Kang’s role in the film. Meanwhile, in terms of official releases, the latest look at the incoming film unveils the power behind the villain’s throne. Or, more accurately, the power that is his throne. Confused? Don’t worry, Kevin’s got you covered.

Courtesy of Empire Magazine, a new promo image for Ant-Man and the Wasp: Quantumania has dropped, and it’s a must-see for anyone who can’t wait for the threequel to get here as it unveils our first glimpse at a new device that could be of huge importance to the MCU going forward. Namely, Kang’s Time Chair, the chronal conqueror’s handy-dandy portable throne that allows him to travel back and forth through history. But if that’s the case then why is he stuck in the Quantum Realm in this movie? Well, here’s your answer…

Kevin Feige, of all people, just spoiled everything you’ve been wondering about Kang, one month too soon

As the president of the notorious spoiler-phobic studio, Kevin Feige could typically outdo a politician to give as non-committal a response as possible, and yet in a new interview with Empire, he’s gone and spoiled the plot of Quantumania over a month early. Specifically, Feige has revealed pretty much exactly what’s going on with Jonathan Majors’ villain bribing Paul Rudd’s Scott Lang to fetch something for him, as seen in the recent trailer, thereby spoiling both his motivations and arc in the film. Kevin, we are shocked!

There’s one crossover that would break the MCU multiverse, and it’s totally going to happen in Secret Wars

Following on from Patrick Stewart’s Doctor Strange 2 cameo and with Hugh Jackman’s Wolverine set to return in Deadpool 3, we can rest assured that the MCU and Fox’s X-Men franchise exist in the same universe. And yet continuity-crushing fans are currently driving themselves crazy after realizing that the fundamentally different and conflicting depictions of time travel in those two sets of movies surely mean that they can’t be part of the same reality. Somebody get Hank McCoy and Bruce Banner in a room together stat so they can sort this mess out.

She-Hulk is officially a better superhero series than The Boys, and, boy, are some people mad

And, last but not least, congratulations must go to Ms. Marvel for claiming the top spot in Rotten Tomatoes’ official ranking of 2022’s best superhero TV shows. And in second place happens to be another Marvel Studios series, She-Hulk: Attorney at Law. That’s right, the highly divisive legal comedy is officially a superior product to the likes of The Boys and Peacemaker. So, you can be sure that the internet has reacted in an extremely calm and respectful manner in the wake of RT’s list. Yeah, that’s a claim that Jennifer Walters would not allow to stand in court.

Slide back here on Sunday, Quantumaniacs, for another helping of the hottest Marvel news around.