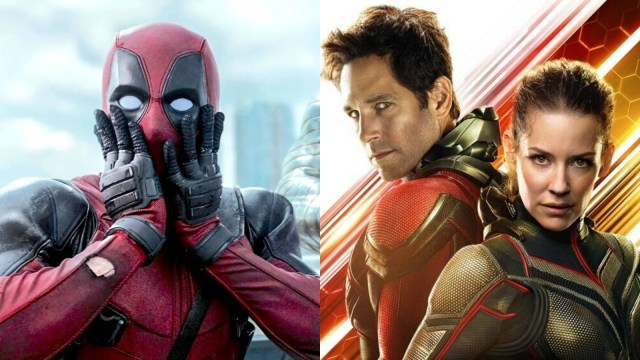 Happy Friday, Marvel monsters! The past 24 hours have seen the MCU world look to the future as we’ve received updates on a range of upcoming projects that are heading our way as part of the franchise’s Phase Five and Phase Six. Specifically, a key member of the team has boarded the next Avengers movie and Disney’s release date reshuffle may have finally revealed when we can expect Ryan Reynolds’ Wade Wilson to enter the fray.

Yesterday, it came out that screenwriter Jeff Loveness is set to pen the script for Avengers: The Kang Dynasty, which will be directed by Shang-Chi‘s Destin Daniel Cretton. Thanks to Loveness making his MCU debut on Ant-Man and the Wasp: Quantumania, this led to the fandom zeroing in on the incoming 2023 threequel, with speculation rising that it’s going to be an even more significant entry in the Multiverse Saga than we thought. Don’t miss that one when it shrinks into cinemas next February.

Is that you, Deadpool 3?

Disney just massively rehauled its upcoming movie slate, which led to some bad news for Star Wars fans but an exciting update for Marvel lovers. An MCU film has been pegged to drop on Sept. 6, 2024, which internet detectives have deduced is most likely Deadpool 3. While people were grumbling about the lack of DP news at D23, now it’s making a lot more sense as, like Fantastic Four, the Shawn Levy production will likely get its due at next year’s expo instead.

Returning to the present for the moment, the final film of Phase Four is this November’s Black Panther: Wakanda Forever, which we can probably quite safely say will be the most emotional MCU movie we’ve ever seen, as Chadwick Boseman’s loss is going to be profoundly felt. Shuri actress Letitia Wright has opened up about how challenging it was to make the sequel without her “brother,” although she told Jimmy Fallon on The Tonight Show that Ryan Coogler’s picture is a “love letter” to the much-missed legend.

Could this be the MCU’s Midnight Sons?

Another project we’re almost 100 percent certain is on its way ⏤ although it hasn’t been officially announced ⏤ is some kind of team-up for the Midnight Sons, Marvel’s squad of supernatural superheroes. After one talented fan shared some atmospheric artwork, Redditors got to pitching their dream lineups for the gothic group, with popular suggestions including Ghost Rider, Moon Knight, and Werewolf by Night, who it just so happens will enter the MCU with his very own Halloween special next month.

Stay tuned tomorrow for your next daily Marvel news roundup.