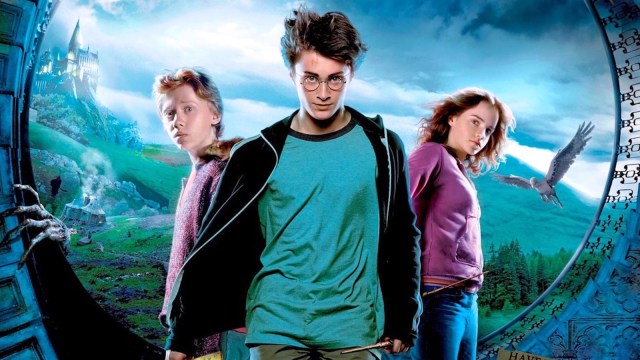 Various franchises are colliding in the sci-fi sphere today. Some in positive ways, as a fan-favorite star from the Harry Potter saga is reportedly set to travel over to the Doctor Who universe next year, but also in negative ways, as Netflix’s ambitious plans to relaunch the Power Rangers saga from scratch may have been depowered by another studio’s reboot of an entirely different franchise. Meanwhile, a Star Wars director reflects on how much has changed in such a short time…

Hold on to your pointy hats, Hogwarts students, as a Wizarding World wonder is apparently joining the cast of Doctor Who. According to The Sun, Miriam Margoyles — most known for playing Professor Sprout — will appear in the show’s 60th anniversary specials, set to air next fall. While this has yet to be confirmed, there’s a good chance it’s real, as Margoyles has worked with EP Russell T. Davies before on spinoff series The Sarah Jane Adventures. We’ll all scream like mandrakes if this happens.

It might have slipped your mind, but Netflix is in the process of overhauling the Power Rangers franchise in time for its 30th anniversary next year… At least, we think so, as we actually haven’t heard any update on this recently. Now we might know the reason why, as the latest intel points to director Jonathan Entwistle helming Sony’s The Karate Kid reboot. Why does this matter? Because Entwistle was previously announced as spearheading Netflix’s PR plans. It’s a mixed day to be a fan of martial arts-themed franchises.

Much has been said about a supposed rift between Rian Johnson and Lucasfilm since The Last Jedi became perhaps the most divisive Star Wars film ever, but the Glass Onion filmmaker has now done his best to put all that talk to bed once and for all by hyping up how much the saga has grown on the small screen since he helmed Episode VIII. Johnson particularly praised Andor and voiced excitement for the upcoming The Acolyte. Even better, his movie trilogy may still yet materialize after Knives Out 3!

When it comes to charming wider audiences, 2009’s Star Trek reboot definitely succeeded, as it’s continued to draw in big numbers on streaming over the years — just like right now, for instance. On the other hand, hardcore fans remain dubious about its deployment of a whole new timeline as well as pioneering a different tone and feel that the franchise is still trying to shrug off even now, in the likes of Discovery. Maybe the ever-delayed Star Trek 4 will be able to strike the perfect balance between appealing to casual and consummate Trekkies alike.