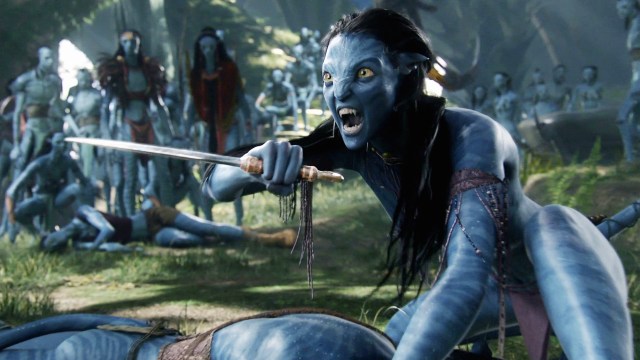 We’re taking a look at sci-fi cinema’s past, present, and future today, as we cast our minds back to a cult favorite flick from 30 years ago and gaze ahead to the incoming arrival of what’s got to be the most anticipated science fiction sequel of 2022. Yes, fans have been waiting for Avatar: The Way of Water for a full 13 years now, but remarkably, the James Cameron directorial effort might just end up rivaling that long wait with its mammoth runtime…

Avatar: The Way of Water isn’t even out yet, but it’s already bigger than Avengers: Endgame

With Avatar 2 finally entering cinemas this December, rumors about the film’s runtime have started to hit the internet. And, whether or not it manages to earn as much money as Marvel’s Infinity Saga finale, it might just be bigger than Avengers: Endgame in another way. According to current intel, The Way of Water will have a bladder-busting runtime of 3 hours and 10 minutes. Given that 2009’s movie was around 2 hrs, 45 mins, that number seems highly plausible. Time to invest in some adult diapers, people.

A relief, that is! Yoda’s reputation is restored as the true reason for his speech patterns is unveiled

For a hot minute there, it looked like Yoda was about to get canceled by the Star Wars community after Tales of the Jedi revealed that Yaddle speaks like a normal person, which had the jaw-dropping consequence of confirming that not all of Yoda’s kind talk backwards — suggesting Yoda has been faking it all along. However, an obscure, unearthed bit of Star Wars lore — courtesy of Frank Oz — has now explained the true origins of Yoda’s speech patterns and restored his reputation. Phew.

Is the foundation of a hugely successful franchise actually awful?

2008’s Cloverfield has a lot going for it. From helping launch the career of The Batman‘s Matt Reeves to kickstarting the sci-fi franchise that is still going to this day — with J.J. Abrams recently teaming with Paramount again to produce a fourth entry in the series. And yet rebel Redditors are now daring to suggest that the found-footage alien invasion flick isn’t all it’s cracked up to be and is undeserving of its reputation. Well, as long as we can all agree that 10 Cloverfield Lane is the best one.

This 1990s comic book movie might have tanked, but it remains a cult favorite 30 years on

Despite so many old comic book IPs getting reboots, we don’t expect a new Tank Girl film to ever surface, given how the Australian sci-fi adventure flick from the 1990s flopped hard at the box office back in the day. And yet its unique punk-rock sensibility means it remains a cult favorite to this day, with those with long memories celebrating it all over again on Reddit. Hey, it’s not just any movie that has the confidence to cast Ice T as a mutant kangaroo man.