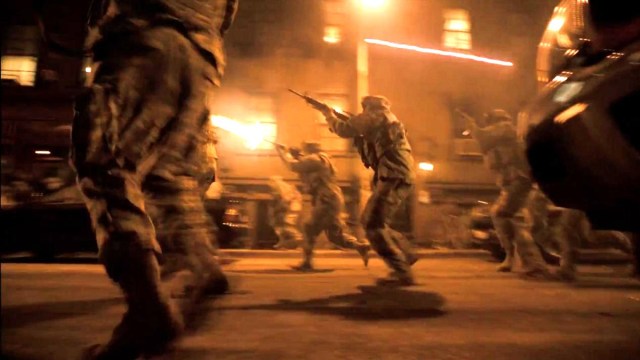 If we break the film down into its various creative components, and then examine their respective influences and successes in the 14 years since, then you can state a rock solid case for Cloverfield being one of the most important sci-fi movies of the 21st Century.

The found footage creature feature saw Matt Reeves direct a feature for the first time in 12 years, and he hasn’t done too shabbily for himself in the aftermath. Similarly, it was the first big screen script credited to Drew Goddard, who’s gone on to have a hand in countless major projects as either a screenwriter, producer, or filmmaker.

In addition, Cloverfield was only Bad Robot’s second cinematic effort as a production company (and first in the seven years since cult favorite horror Joy Ride), with the outfit now involved in everything from Mission: Impossible to Star Wars, via the endless supply of cash figurehead J.J. Abrams has effectively been stealing from Warner Bros. by delivering almost nothing in spite of a massive $250+ million development deal.

Throw in an extended franchise that’s covered 10 Cloverfield Lane, The Cloverfield Paradox, and the upcoming mysterious direct sequel, as well as a $172 million haul at the box office on a $25 million budget as a reward for a phenomenal marketing campaign, and nobody in their right mind can deny that Cloverfield has left a sizeable footprint on modern cinema.

That’s not the crux of the argument happening on Reddit, though. Instead of examining Cloverfield‘s influence, fans are instead arguing over its merits on a creative level. Is it an overrated, overhyped, and messy B-tier monster mash with an A-list legacy? Or is it worthy of its Certified Fresh Rotten Tomatoes score and status as a minor masterpiece by way of generating the maximum amount of tension, terror, and pyrotechnics on a relatively minuscule budget?

Based on how heated things are getting, a consensus isn’t exactly close, but it’s nonetheless curious to see how the film is held up by modern cinephiles almost a decade and a half on from its initial release.