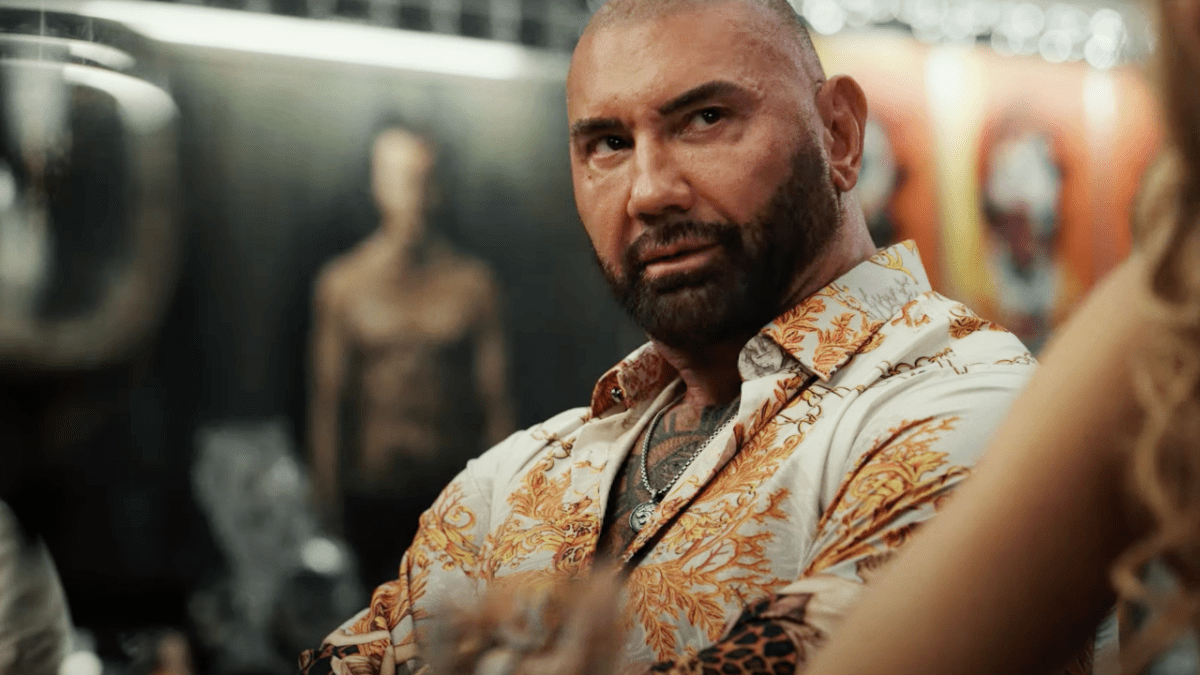 Star Trek troopers, we have some good and bad news for you today, following an update on the ever-troubled Star Trek 4 that is sure to incite some polarized reactions. Elsewhere, Dave Bautista may have to eat his words after an upcoming project proves he really does want to be the next Dwayne Johnson after all just as Avatar: The Way of Water trounces Marvel to achieve a place in the history books. Let’s dive in…

Star Trek fans have been desperate for another movie outing for Chris Pine’s Kirk and his Enterprise crew to beam onto our screens, but it looks like they should’ve been careful what they wished for. The latest rumors have it that Paramount is finally making headway with the long-delayed film, but with a director most fans hoped would never return to the franchise. Here’s a hint: they’re also not popular with Star Wars lovers. Another hint: their name rhymes with Smay Smay Smabrams. Have a think, you’ll work it out…

Dave Bautista says he doesn’t want to be the next Rock, but his new sci-fi movie says otherwise

Dave Bautista has got people talking by taking a swipe at Dwayne Johnson in a recent interview, claiming that he has no interest in being the “next Rock” as he wants to be a “good” and “respected” actor instead. It’s ironic, then, that the Glass Onion star is pretty literally becoming the next Rock in one of his upcoming movies, sci-fi flick Universe’s Most Wanted, which will see him partner up with director Brad Peyton — who has had Johnson star in a total of three of his past movies.

Avatar: The Way of Water makes waves as it officially becomes one of the 10 biggest movies of all time

Say what you like about James Cameron, but the man knows how to make a hit movie. Proving all the haters wrong, Avatar: The Way of Water has sailed straight into the 10 biggest movies at the box office of all time, after just three weeks in cinemas. It’s currently ranking higher than The Avengers — with Spider-Man: No Way Home being the next domino to fall. The outer-space sequel is also now officially the highest-grossing film of 2022, once again leaving Marvel far in the dust. Your move, Kevin Feige.

As Netflix prepares to reboot, fans remember the original mighty movie entry in a colorful franchise nearly 30 years on

The Power Rangers franchise is celebrating its 30th anniversary in 2023, with a Mighty Morphin reunion coming later this year, so it’s no surprise nostalgic fans are revisiting the original movie based around the teenagers with attitude with rose-tinted glasses right now. Don’t forget, Netflix is currently working on a reboot of the IP, but it seems that those who grew up with the 1995 flick are going to find it hard to be won over by the shiny, new version. Basically, it’s bring back Ivan Ooze or bust.