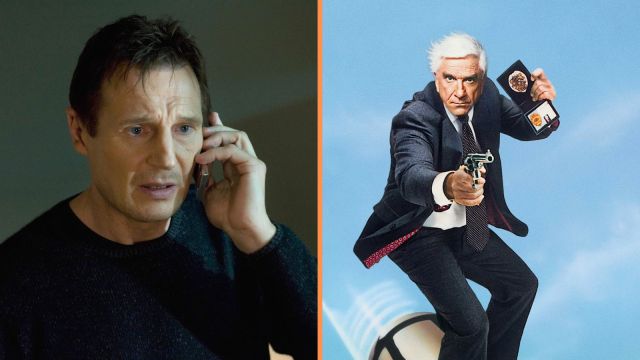 A modern action hero could be the one to jumpstart The Naked Gun reboot, as Liam Neeson enters talks to join the film.

The Naked Gun franchise was led by the comedic talents of Leslie Nielsen for four outings across television and cinema, with each of the films garnering both positive reception and financial success. The irreverent comedies feature some of the most well-known performances by Nielsen, who had made a late-career surge into comedy.

Paramount is currently planning its reboot to be helmed by Akiva Schaffer and believes the replacement for Nielsen could be none other than the Taken star Neeson. According to The Hollywood Reporter, the Northern Irishman is entertaining the idea of leading the reboot.

Having Neeson join however gives the reboot immediate box office appeal, with him one of the most well-known and profitable stars currently working. The Excalibur star had previously been floated as the new face of The Naked Gun back in 2015 when Paramount first expressed interest in rebooting the property.

A big question to come out of The Naked Gun returning will be if they’ll stay true to the franchise’s spoof roots. ith Neeson attached it could easily be turned into a Hot Fuzz-esque on-the-nose police procedural.