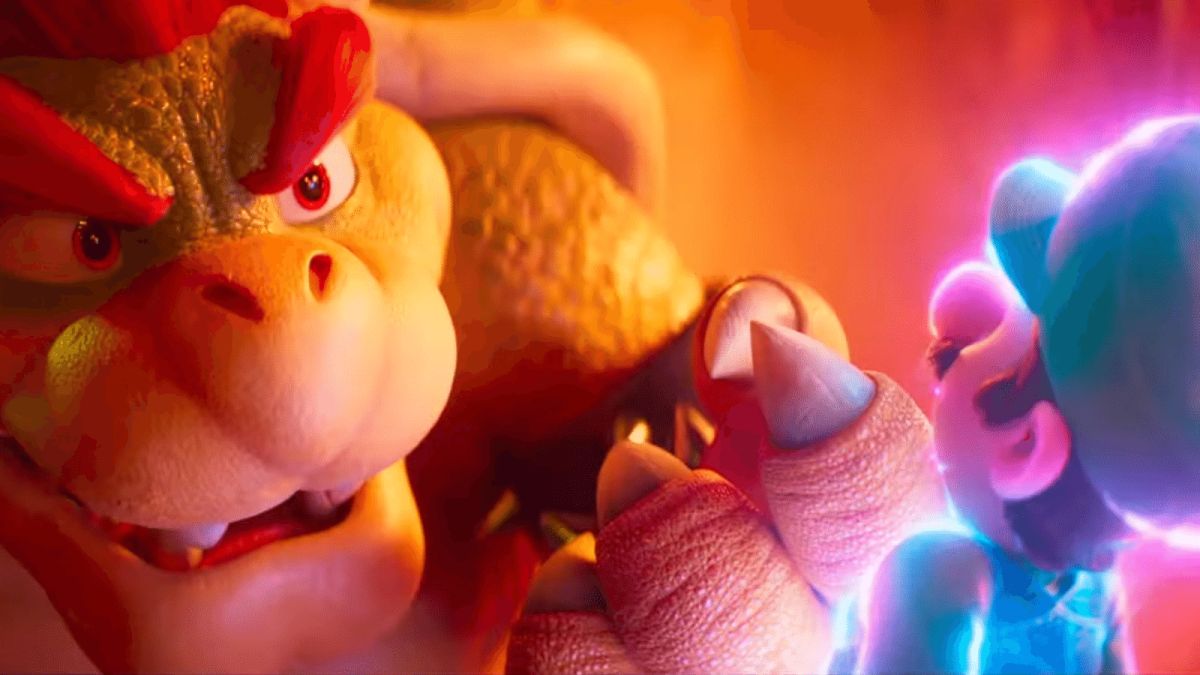 There was a lot to unpack with the fresh new trailer for The Super Mario Bros Movie that dropped a little over an hour ago, but one corner of the internet was particularly pleased with an out-of-context tender moment between Bowser and Luigi.

In case you are unfamiliar, there is indeed a movement out there of fan art and fan fiction which ships “Bowuigi,” envisioning a pairing between the villain and the titular hero’s brother (how scandalous!).

Whether it was intentional or not, the fandom of the Bowser (Jack Black) and Luigi (Charlie Day) pairing was absolutely revved up by the screentime shared by the characters.

Despite Bowser’s seemingly antagonistic approach, all the flirty signs were there. From a tender chin lift, to a playful twirling of Luigi’s moustache hair, there was a serious air of sexual tension between the two hallmark Mario characters, so say the fans:

Love the pairing or hate it, “Bowuigi” fan art was a niche thing before, and it’s certainly going to blow up a lot more now that the thirstiness for the couple has been amplified. We’re all for it – enemies can become friends, even lovers – and more power to them.

Besides validating gaming’s hottest same-sex fan fiction couple, there was plenty more to glean from the sparkly new trailer for The Super Mario Bros. Movie. It gave us a first look at Princess Peach (Anya Taylor-Joy) in action, as well as confirming a few popular Mario video game spinoffs that the film will feature.

The Super Mario Bros. Movie swerves, stomps, and punches its way into theaters on April 7, 2023, and the more we see of it, the more cautiously optimistic we get about it. So long as we reconcile with the fact that Chris Pratt just won’t do the titular character much justice at all. There’s even a petition circulating to oust him from the role.