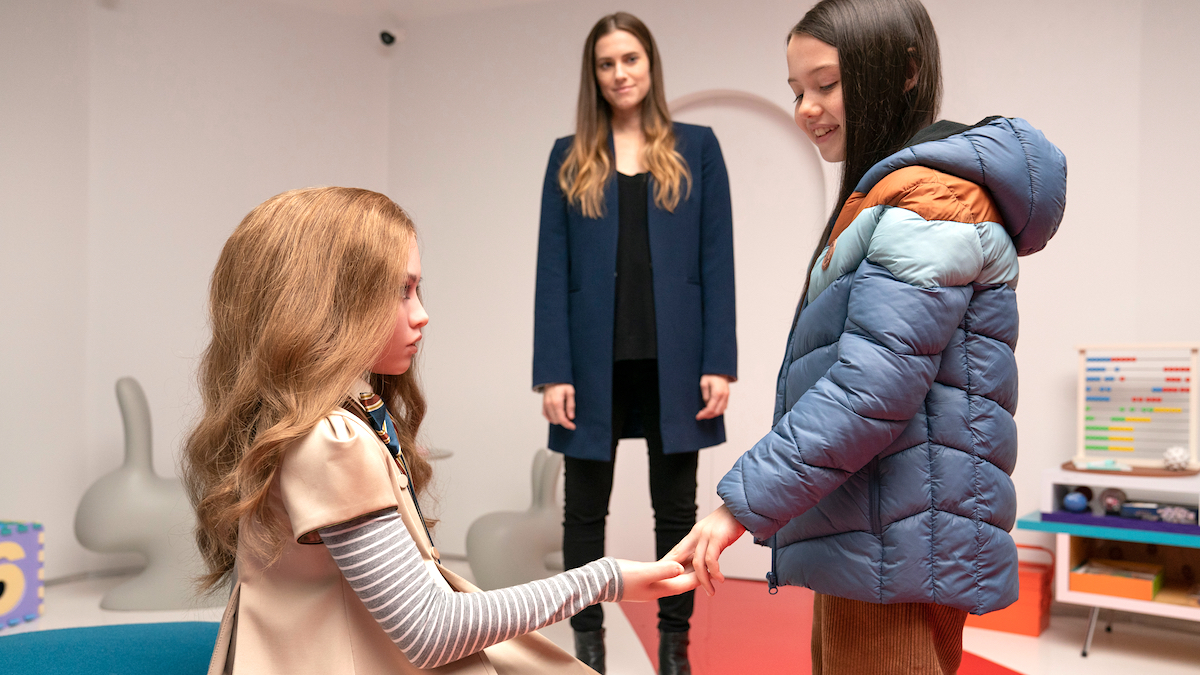 It’s nice to have a friend who has your back, but it’s not so nice to have a killer doll who will do anything and everything to keep you out of harm’s way, including chopping people to pieces and ripping body parts off of bodies.

Such is the premise for Universal Pictures’ latest sci-fi horror movie M3GAN. Produced by Blumhouse Productions, M3GAN tells the story of a lifelike Model 3 Generative Android – M3GAN for short – who is enlisted by brilliant roboticist Gemma (Allison Williams) to watch over her niece Cady (Violet McGraw) following the sudden death of Cady’s parents from a car accident. Before long M3GAN (voiced by Jenna Davis) goes from friendly companion to overprotective murderer as her AI evolves and adapts to life among humans.

The featurette kicks off with James Wan, the film’s producer, saying, “I get accused of being the monster of killer doll movies.” Indeed, Wan is behind some of the most frightening horror movies of the last decade including Saw, Insidious, Annabelle Comes Home, and The Conjuring.

While M3GAN undoubtedly shares comparisons to Annabelle or Chucky, her trail of mayhem is not caused by a supernatural-related element but instead by AI advancements gone wrong. M3GAN does not seek to kill for fun, she kills to protect those she’s been placed in the care of, something that director Gerad Johnstone says walks the fine line between science fiction and our imminent reality.

“I think people need to be reminded of the fact that this technology is here,” says Johnstone. “We’re not that far from something like M3GAN existing, and that is pretty unsettling.”

In one clip, Cady is seen “pairing” with M3GAN, an act that is done by her pressing two fingers into M3GAN’s palm. The action bonds the android to Cady and jumpstarts a chain of disastrous events.

One of the most disturbing clips from the featurette expands on a scene from the trailer in which a young boy named Brandon elicits a spine-chilling response from M3GAN after harassing Cady. This time around, not only does M3GAN chase after him on all fours like a demon, but she also yanks his ear off of his head like a rubber toy.

It’s almost guaranteed that the movie will draw audiences to the theaters, but only time will tell whether it received positively or negatively among critics and viewers. M3GAN premieres in U.S. theaters on Jan. 6, 2023, and will roll out internationally throughout the month.