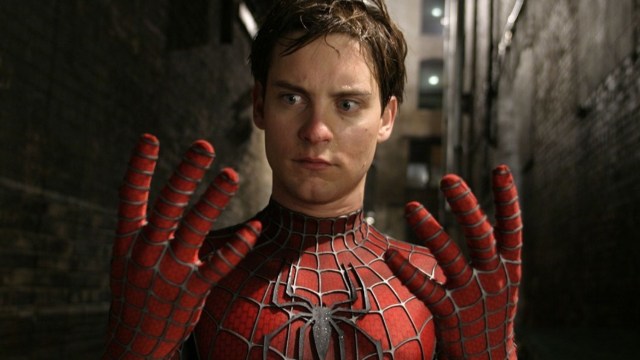 Does Sony’s upcoming Madame Web take place in the same universe as Sam Raimi’s 2004 masterpiece Spider-Man 2? That’s one conclusion one could take away from a set photo prop of the forthcoming superhero movie, even though it is still somewhat ambiguous.

The set photo leak in question is a series of dispenser boxes for the fictional Daily Bugle newspaper as well as for The New York Times and the New York Post. At first, the image seems innocuous. Considering Madame Web will be part of Sony’s Spider-Man Universe, and thus a version of Daily Bugle is expected to exist in that world, it’s not necessarily a firm connection to Spider-Man 2 in and of itself.

However, as one Twitter user pointed out, it is one of the headlines on the New York Post that seemed to make a nod to Spider-Man 2: “Bravest pulls girl from fire.”

Spider-Man 2 is considered one of the very best — if not the best — superhero movies of all time. That is in no small part due to the surprisingly nuanced emotional arc that happens for its main character, Tobey Maguire’s Peter Parker, AKA Spider-Man.

In Spider-Man 2, the red-and-blue-clad superhero loses his powers of being able to shoot webs from his wrists and climb buildings, etc. When advice from a doctor suggests the loss of his abilities is psychological, he realizes the pressure of juggling a social life, college courses, and a budding romance with Kirsten Dunst’s MJ Watson may be too much for him to handle with superhero duties, to boot. Thus, he gives up the vigilante lifestyle, and for a time, is much happier. That includes a moment in which Peter Parker — not Spider-Man — rescues a little girl from a fire in plain civilian clothes and without the aid of his powers. This seems to be what is alluded to in the headline, “Bravest pulls girl from fire;” at least, according to speculation.

Adding legitimacy to this theory is the fact that other leaked set images from Madame Web appear to show it taking place in the early 2000s New York City — at least, for part of the film — as evidenced by props from that era peppering a city block in Boston, such as a billboard for Beyoncé’s debut album and period-accurate yellow taxi cabs.

After Adam Scott was spotted on the set for Madame Web, it’s also been speculated he would be playing the role of, perhaps, a retired Peter Parker. However, that is far from confirmed.

Madame Web, starring Dakota Johnson as the titular clairvoyant mutant hero, is in production now and expected to be release on October 6, 2023.