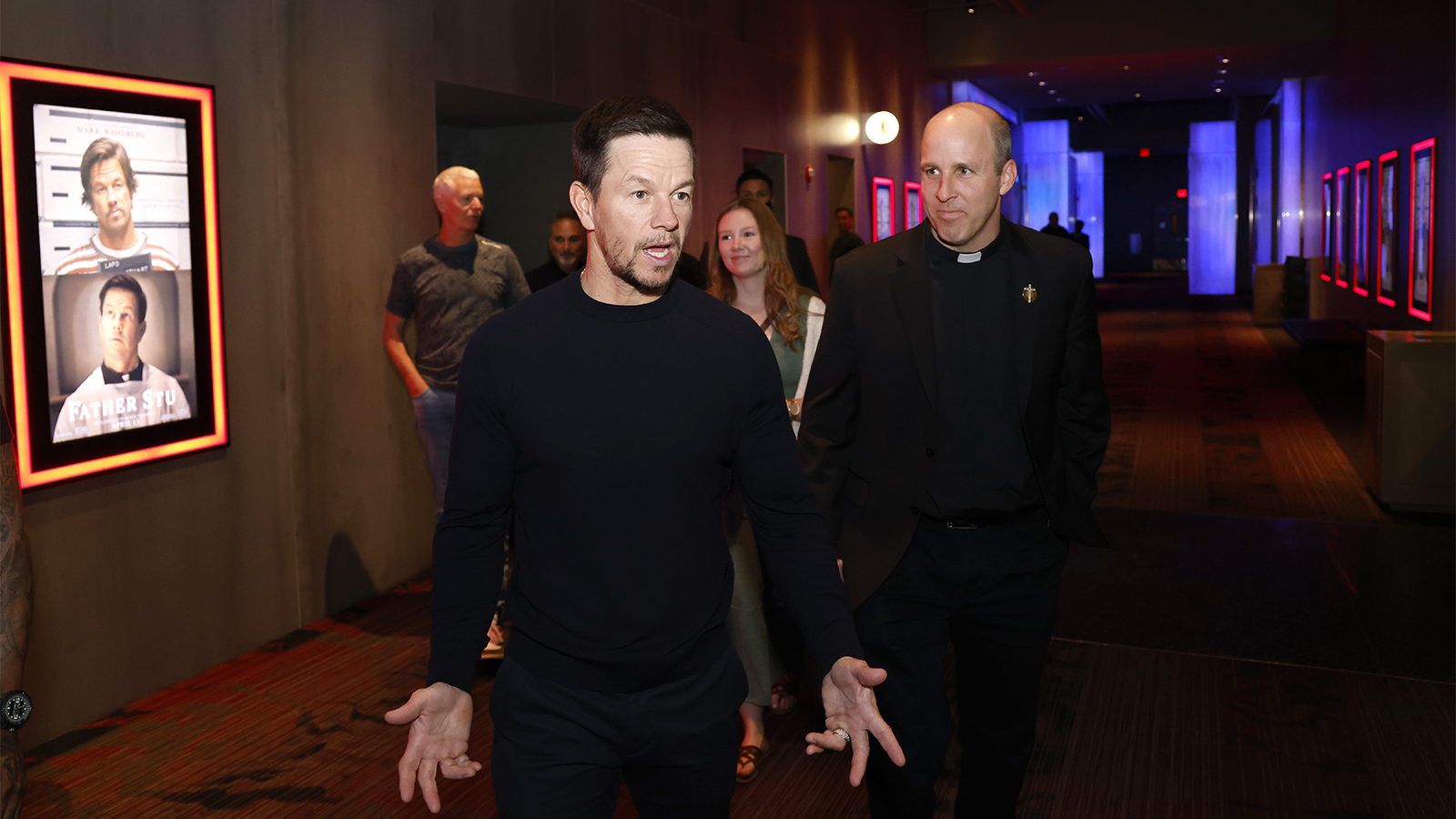 Ahead of the highly anticipated release of Father Stu, Mark Wahlberg sat down with Ellen DeGeneres on Ellen for an interview airing on Tuesday’s episode. In addition to chatting about his upcoming film and answer the pressing question we’ve all wanted to ask: Would he bring back Marky Mark?

Wahlberg plays the titular character, and in growing up religious himself, he had knowledge and experience going into the role. It’s a part that resonates with him and has actually set a precedent for his future.

He worked on getting Father Stu greenlit for six years, and it was a total passion project. The film tells the true story of Stuart Long; as Wahlberg explained, Long spent a lot of time alone as a child and became a boxer early on, but an injury sidelined him and he was unable to make a career out of it. He moved to California to become an actor and fell in love with a woman who wouldn’t date him because he wasn’t religious.

While his desire for a relationship with her initially inspired him to become religious, a tragic accident actually brought him closer to Christ, and he ended up wanting to become a priest.

The hardships in his life didn’t stop at the accident, and Long would be diagnosed with an incurable disease, inclusion body myositis. IBM is an inflammatory muscle disease that causes worsening weakness and wasting of the muscles. While he continued to face challenges in his life, Long never gave up and felt that God had a purpose for his suffering.

Wahlberg asserted that Long’s story is remarkable and inspiring, and has impressed upon interviewers why he’s worked so hard for this movie to get made. He recently shared more about his hope for future roles with Entertainment Tonight.

“I feel like this is starting a new chapter for me in that, now, doing things like this — real substance — can help people,” he said. “I definitely want to focus on making more. I wouldn’t say necessarily just faith-based content but things that will help people. So, hopefully this movie will open a door for not only myself but for lots of other people in Hollywood to make more meaningful content.”

As far as the big question of that Marky Mark comeback, he’s not opposed to the idea. “Yeah, under the right circumstances and for the right cause,” he shared, while some notorious shirtless photos of Marky Mark flashed on the screen in the background.

DeGeneres asked if Wahlberg’s children ever saw him perform, and he laughed and said that they have, but that it’s mortifying. He also shared that they’re not exactly his biggest fans.

You can see Wahlberg in Father Stu when it lands in theaters starting this Wednesday.