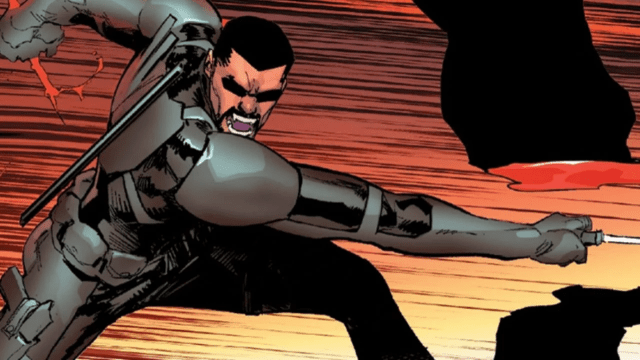 Image via Marvel Comics
Review of:

Marvel Studios, like just about any film studio existing today, are no strangers to hiccups in the midst of the development process; people come and go, scripts are skewed, and if you’re Warner Bros., sometimes you just go full-on nuclear in the case of Batgirl.

Luckily, we don’t anticipate that Marvel will be giving the axe to the highly-anticipated Blade, which will see the eponymous vampire hunter return to the big screen after 20 years, this time as part of the Marvel Cinematic Universe, and we’re all but certain that the inevitable supernatural edge will turn quite a few heads.

Mahershala Ali will be starring in the titular role, previously occupied by Wesley Snipes in the New Line Cinema era, and that’s about the only consistency we’ve seen thus far; original director Bassam Tariq left the project earlier this year after production schedules continued to shift. His replacement, Yann Demange, was announced just yesterday, and Tariq has taken the opportunity to reassure us that Blade is in excellent hands.

In an Instagram post, Tariq suggested that we’re all “in for a real treat” with Demange at the helm, and it’s hard to doubt him. The new director has quite a bit of macabre monster material to his name in the form of zombie miniseries Dead Set and one-season wonder Lovecraft Country, which should translate perfectly to Blade‘s vampire hunting ethos.

Joining Demange in Blade‘s creative overhaul is Michael Starrbury (When They See Us), who recently took over scriptwriting duties from Stacy Osei-Kuffour (Watchmen).

Provided we don’t get any more timeline shakeups (despite favorable payoffs such as this more than making up for it), Blade is set to release on Sept. 6, 2024.