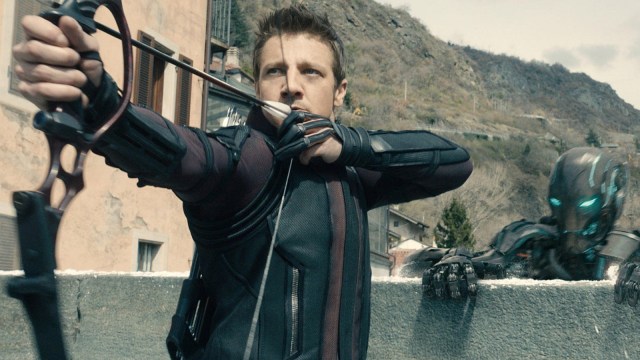 Thanks to Doctor Strange in the Multiverse of Madness, Marvel Cinematic Universe fans have been daydreaming over who would win a battle for the ages pitting the original sextet of Avengers against the 838 timeline’s Illuminati.

As awesome as it would be to see Iron Man, Captain America, Thor, the Hulk, Black Widow, and Hawkeye face off against Reed Richards, Captain Marvel, Captain Carter, Black Bolt, Karl Mordo, and Professor X, in reality the latter unit would win handily thanks to the combination of Maria Rambeau’s cosmic power and Blackagar Boltagon’s destructive vocal chords.

However, history has shown that Wanda Maximoff is more than capable of handing both super teams their asses on a silver platter, with one notable exception. As noted on Twitter, regular human dude Clint Barton could theoretically emerge as the last man standing, based on the evidence we’ve seen in the MCU so far.

Admittedly, it’s hilarious to imagine a cavalcade of omnipotent enhanced individuals, super soldiers, gods, and billionaires throwing everything they have at each other in an effort to emerge victorious, only for the sole survivor to be a married father-of-three with hearing problems.

Of course, that’s not intended to be disparaging to Jeremy Renner’s franchise stalwart in the slightest, but it’s an undeniably funny thing to think about. So far, only one Avenger has stood up against Wanda and pushed her towards the side of good, and it’s Hawkeye. Don’t forget it, either, next time anyone wants to criticize the bow and arrow expert’s importance to Earth’s Mightiest Heroes.