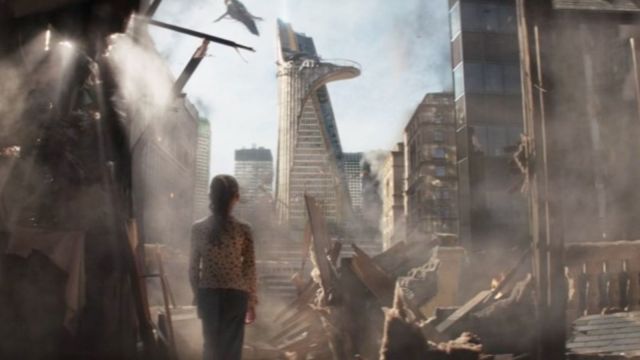 In the real world, whenever a place is constantly under attack, usually the land value drops as people no longer want to live there. That’s not the case, however, in the MCU. Despite multiple alien attacks and the destruction of multiple expensive properties, people still want to live there and fans want to know why.

Reddit user u/FullHouse222 pointed out the multiple disasters that New Yorkers in the MCU have gone through during the past 15 years and counting on r/MarvelStudios. OP then ask why anyone would still want to live there despite the constant alien attacks and the fact that they were almost annihilated. They then compared these Avengers-level threats to “having constant 9/11 attacks every four years”.

Fans scrambled to find possible answers as to why New York would still be populated despite the constant attacks and destruction in the city. One suggested the food, especially the shawarma. After all, it was endorsed by the original Avengers during the end of the Battle of New York.

Some suggested that it’s ‘free real estate’ and that housing cost has dropped significantly to the point people would choose to live in cheap housing despite the risk of having their property destroyed. This was backed up in the Marvel series, Daredevil, when Kingpin decided to buy a huge majority of Manhattan, so he could redevelop it and make a profit.

MCU fans who live in New York also chipped in the conversation and suggested that the constant alien threats aren’t as bad compared to everyday events, especially on the subway.

But let’s be real, regardless of where you live, it’s still your home. You grew up and have a life there. Why would you leave? People can easily rebuild your home, especially those with home insurance. The same can be said in real-life events, where there is constant conflict. Sure, plenty of people will leave and find somewhere else to stay, but most people can’t afford that option.

Overall, it seems like moving isn’t much of an option for New Yorkers, especially if their neighborhood is constantly under attack. And the same can be said with other crime-driven cities, whether it’s fictional or not. Home is where the heart is, even if it means evacuating because the Avengers have to fight the next big bad from space.