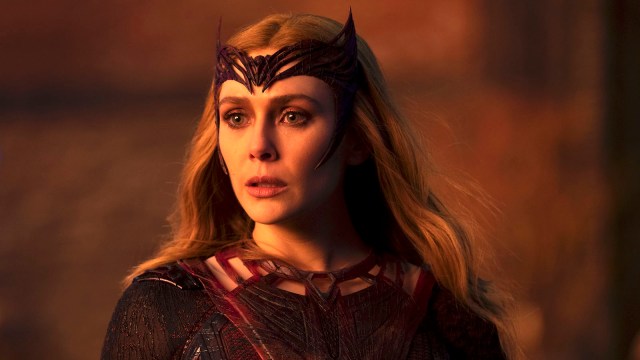 From 2008 onwards Marvel Studios has defied expectations. It’s easy to forget that the origins of the studio came from figuring out how to use the less popular heroes that Marvel still retained the rights to Iron Man and Captain America. Along the way, they pioneered the team-up movie, proved that audiences will tolerate a surprising amount of comic-book craziness, and become the undisputed kings of the box office.

But even the most ardent fans have had their faith tested. Right now there’s a very fun discussion on r/MarvelStudios about the moments over the years where fans were sure Kevin Feige was about to fall flat on his face but triumphed.

The original poster has some great picks: they were surprised Spider-Man: No Way Home had some emotional substance rather than just a nostalgia trip and that they actually let Wanda go full villain in Doctor Strange in the Multiverse of Madness.

The top-voted reply is sheer disbelief that Marvel Studios managed to make space tyrant Thanos into a pop culture phenomenon. On paper, Thanos is a very silly purple-skinned baddie, though the MCU version became a truly fascinating and intimidating villain. Now it’s apparently “insanity” that regular people on the street know who Thanos is.

On a similar note, praise is given to Jon Watts for making goofy Spidey villains like Vulture and Mysterio a genuine threat. It’s noted that the Raimi movies planned to use Mysterio for comic relief, so making him a worthy opponent and fit so well in the MCU story was very impressive.

Another is that Marvel Studios made Captain America a global rather than domestic success and that the story of Steve Rogers transcended jingoistic nationalism to become something people could identify with regardless of where they live in the world.

Then there’s the fact that the big team-up movies work at all. As a reply says:

“When Disney bought Marvel and announced the first Avengers movie I thought the MCU would fail. “No way could you have six heroes fight one villain in a single movie. It will be so cluttered and silly.”

Replies agree, saying that they can’t believe The Avengers made a superhero team with members ranging from a cosmic god to a seriously talented archer plausible. Though as it turns out, even though this doesn’t really make sense it still works as long as the character interactions are well-written.

So, next time you hear some head-scratching announcement coming out of Marvel Studios HQ, maybe give them the benefit of the doubt.