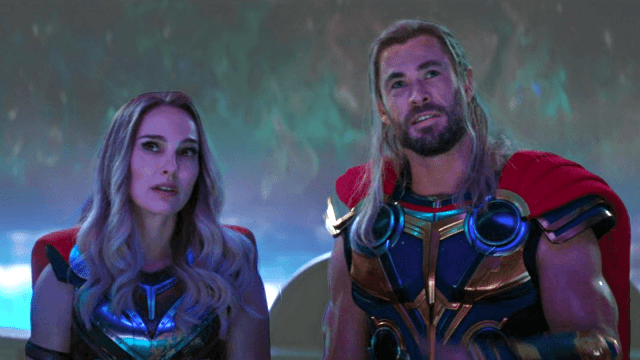 Thor: Love and Thunder wasn’t received quite as well as its widely acclaimed predecessor, despite the return of Taika Waititi in the director’s chair. However, a recent thread on Reddit reveals there was a lot of love for one particular aspect of the film, that being the return of Natalie Portman as Jane Foster and seeing her reunite with Thor for the first time since 2013’s Thor: The Dark World.

The author of the thread, u/leonstar007, raised the relationship as a point of discussion around their mixed feelings on the matter.

While there was some division in opinions, with some commenters considering Jane’s return to be a little bit of a shoe-horned cop-out, comments and upvotes appeared to tip the scales in favor of bringing Jane back into the picture, even if it was just for one movie.

Another commenter made the point that Jane’s eventual return helped Thor work through a few things, given the character has been quite downtrodden after the mental and physical beatdown the character received throughout the events Phase Three, what with having his home decimated by Hela and getting one-upped by Thanos at the cost of half the universe.

Those shipping Jane and Thor also loved the execution of flashbacks to fill in the noticeable gap between Jane’s appearances in the MCU, which up until this point was only mentioned off the cuff by Thor less than a handful of times. All fans really knew was that they broke up, and that was it – so it was lovely to see the highs and lows of the couple.

However, it wasn’t all praise and accolades for Portman’s return, particularly with some disappointment being expressed about the opportunity presented by the source material only to have Jane arrive at the gates of Valhalla in the post-credits scene. For others, it was too little too late in between appearances for Jane to return out of the blue, with a claim saying Portman lacks the larger-than-life screen presence to fit the bill for a hero in the MCU.

But overall, despite the divisiveness of the film, Thor and Jane was a high point for most fans. Even though Jane’s cancer arc may have been a bit of missed opportunity to tug at fans’ heartstrings in a way the MCU has never done before, instead of being undercut by bleating space goat humor, fans were happy to see the lovestruck duo reunite.

While we wait for Thor’s inevitable return, fans have been wondering where Thunderbolt ended up after the events of Thor: Love and Thunder and how it might play a part in the future.