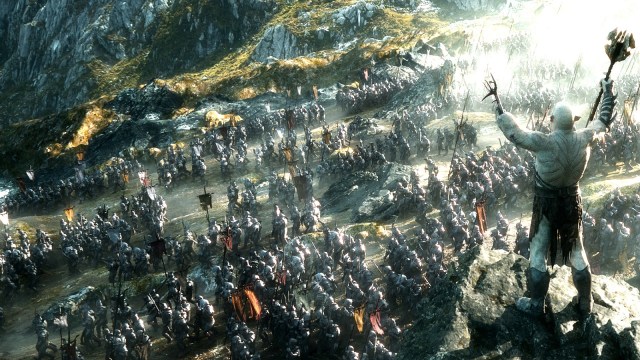 Peter Jackson’s The Lord of the Rings trilogy remains one of the most monumental achievements in filmmaking, with the director delivering three back-to-back classics that combined to form one of the greatest big screen sagas ever told, and each installment ended up dripping in critical and commercial acclaim. Sadly, The Hobbit was little more than a pale imitation.

Stretching slim source material into two blockbuster fantasy epics was a tall enough task for original director Guillermo del Toro to accomplish, but when the decision was made to expand The Hobbit into a trilogy of its own when production was almost underway, Jackson had his back against the wall.

You get the impression that he only returned to the director’s chair because nobody else was qualified to replace del Toro on such short notice, and there’s a distinct lack of passion on display. The reception from critics, fans, and audiences was a lot more muted, but Redditors have at least been trying (if largely failing) to find the positives in The Hobbit.

While there are admittedly many defenders popping up in the comments, much of the scorn is being pointed and the inconsistent and unconvincing CGI, the lack of tangible practical sets and backdrops, the eye-rolling and exceedingly forced connections to The Lord of the Rings, the butt-numbing running times that failed to justify their existence, and much more in between.

With Prime Video’s The Rings of Power releasing in only a few short weeks, Middle-earth denizens will be hoping the streaming series ends up more like Jackson’s first trilogy, as opposed to his compromised and undercooked second triptych.