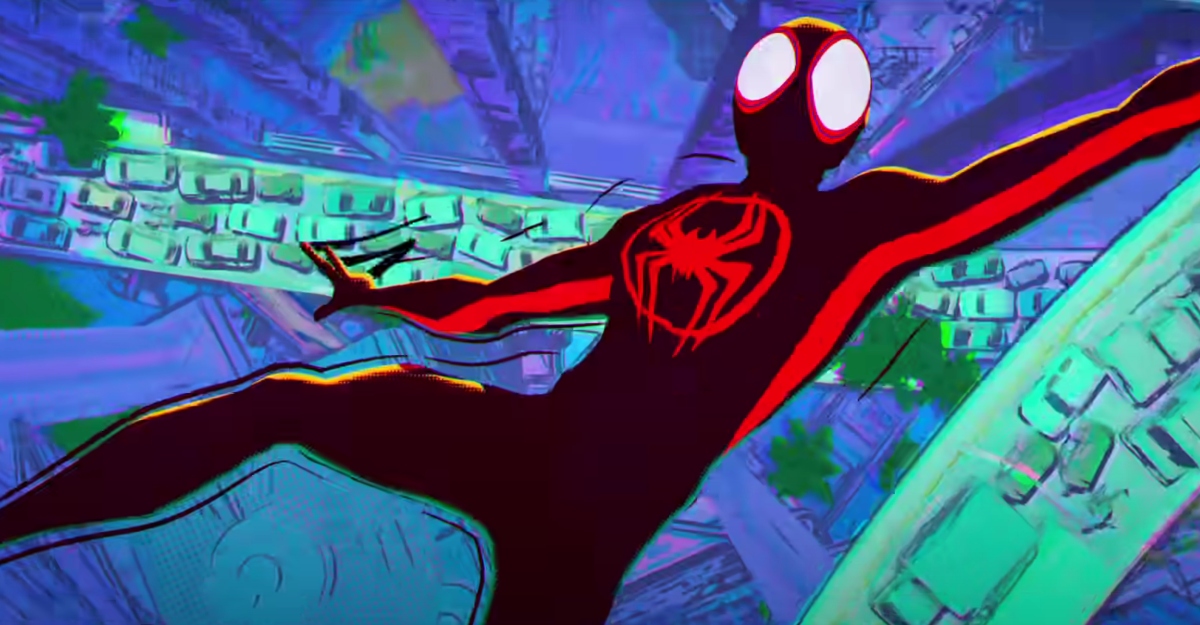 Have you seen the Spider-Man: Across the Spider-Verse trailer yet? If not, why not? It’s right here, for your convenience, should you need it. Life gets busy sometimes — we understand. But, if you did get chance to see the trailer, then you’ll have noticed a whole host of Spider-People in the multiversal nexus that Miles Morales and Spider-Gwen travel through. We’ve seen Spider-Man 2099, Spider-Woman, Sun-Spider, Spider-Punk and so many more. That isn’t the most pivotal moment, however, as we also get a better idea of Miles Morales’ favorite food — which also happens to be an ode to Brooklyn. Ah, Brooklyn.

Morales can be seen at in a convenience store munching on some Jamaican street food in a new image from Across the Spider-Verse. At first glance — and from so far away — it’s hard to tell what Miles is chowing down on, but Twitter sleuths managed to deduce the exact food item based on clues in the background (and probably zooming in).

Apparently, there were a lot of people asking what Miles was eating — enough to warrant some confirmation. Luckily, we had one of Across the Spider-Verse‘s several directors, Kemp Powers, on hand to offer some closure.

A Jamaican beef patty. Yum. What’s more, not only are beef patties a delicacy in Brooklyn (there’s a Jamaican food vendor about as often as there is a McDonald’s), but the family of Miles’ voice actor — Shameik Moore — originated from Jamaica, so that’s a nice little nod to his heritage. Miles himself is of Afro-Latino descent, but Moore is certain to appreciate the small reference to his family’s culture.

Spider-Man: Across the Spider-Verse will hit theaters on June 2, 2023.