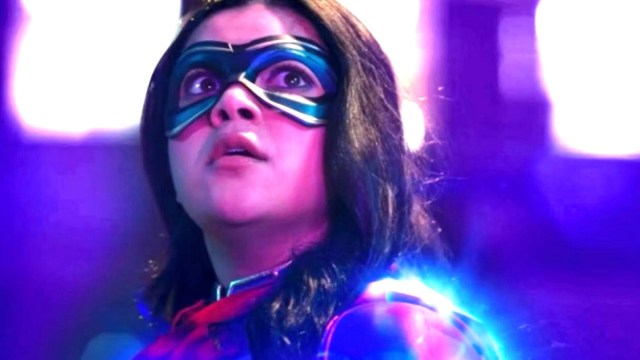 Marvel Cinematic Universe are still recovering from the bombshells dropped in the Ms. Marvel finale, which closed out the single best-reviewed project in the franchise’s history with a bang.

Not only was the six-episode story of Kamala Khan embracing her powers drawn to a satisfying close (with the door left wide open for future seasons), but a Brie Larson cameo gave us our first hint of where next summer’s The Marvels could be heading from a storytelling perspective.

Oh, and it was also confirmed that Iman Vellani’s title hero is a mutant, complete with a musical cue ripped straight from the classic X-Men: The Animated Series. Inhuman fans are understandably upset, but creator Bisha K. Ali claimed to Variety that she knows nothing about comes next, with all questions to be directed towards man of mystery Kevin Feige instead.

“Close to absolutely nothing. One of the puzzles that we had from the beginning was we know her powers are inherited in the TV show and the thing with inheritance is it leaves you with that pesky question of “Well, if they’re inherited, everyone in that lineage should have them.” And that was something that we’re toying with ways of approaching. And then a solution arrived!

I don’t know how it fits into the larger MCU. I genuinely can’t answer that. Not because I’m lying. Because I don’t know. Kevin is doing whatever Kevin’s up to — who knows? The man’s full of mysteries. It just was this perfect piece. But the fact that we get to roll out this part of the MCU in our show, my nerd heart could not be more thrilled.”

Is it a coincidence that Kamala was teased as the MCU’s first genuine mutant little over a week before Marvel takes the stage at San Diego Comic-Con? Who knows, but at least it won’t be long until we find out.