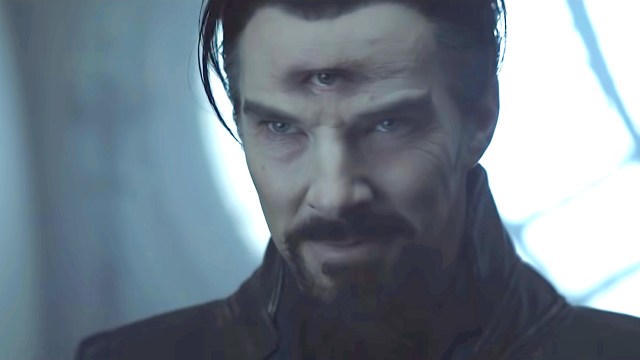 A seemingly straightforward question that contains a hidden plothole is spurring fan discussion related to the Marvel Cinematic Universe film starring Benedict Cumberbatch, Doctor Strange in the Multiverse of Madness.

“Who defeated Sinister Strange?” was the question posed by a Reddit user that immediately started blowing up on the r/MarvelStudios subreddit.

For those in the know who watched the film, the question seems self-evident at first since Sinister Strange battles Earth-616 Doctor Strange via a battle with magical musical notes which eventually ends with Sinister being skewered at the end of a point-tipped fence.

“The fence,” was one sarcastic Reddit user’s reply in a nod to the scene in question.

However, the original poster elaborated that in the film, immediately before the musical notes battle, Sinister alludes to someone having defeated him in the past but stops short of saying who that actually was.

It was one Reddit user’s astute assessment that the person who defeated Sinister was none other than the Earth-838 version of Strange, who as we know dream walked in a bid to defeat Thanos. While the dream walking strategy proved successful in vanquishing Thanos, it is implied 838 Strange also caused an incursion in another universe. This may explain why Sinister Strange’s universe is ravaged; it was inadvertently destroyed by 838 Strange.

However, another Reddit user put forth the interesting theory that Sinister Strange was actually defeated by his own “darker impulses.”

“His universe was destroyed by himself.”

Sinister’s journey of visiting different universes where he can be happy with Rachel McAdams’ Christine is what convinced one fan the evil version of the sorcerer destroyed his own universe by meddling with the Darkhold and using the aforementioned dream walking technique.

It seems like there’s still a lot to unpack with Dr. Strange in the Multiverse of Madness and we frankly hope more of the backstory can be explored in a future title, perhaps in an episode of a future season of What If…? on Disney Plus.