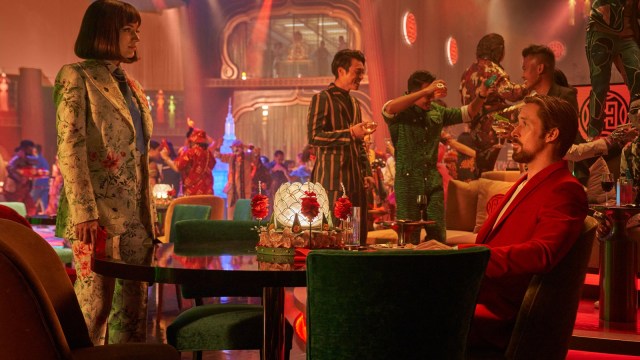 It says a lot about how little heed Netflix subscribers pay to the critical consensus, as well as how much their opinions differ from it, that neither of the platform’s two most-watched original movies ever managed to secure a Fresh rating on Rotten Tomatoes. Should The Gray Man perform as expected, then the latest from Joe and Anthony Russo could make it three-for-three.

Of the aforementioned titans of viewership, there isn’t much of a comparison that can be made between Don’t Look Up and The Gray Man, but there’s definitely a correlation the $200 million action extravaganza shares with Red Notice. Both are hugely expensive, globetrotting action epics powered by A-list names and splashy action sequences, which thrilled audiences around the world while leaving critics cold.

As things stand, The Gray Man has a higher RT rating than Red Notice at 50 percent to 37 percent, but the user ratings are about neck-and-neck at 90 and 92 percent, respectively. Based on how the latest high-octane feature from the veteran Marvel Cinematic Universe directing duo has fared out of the blocks, it could well be gunning for that all-time number one spot.

As per FlixPatrol, The Gray Man has instantly debuted at the summit of the charts in a whopping 83 countries, with customers evidently clearing their Friday scheduled to watch Ryan Gosling and Chris Evans indulge in a battle of wits and biceps as the latter’s Court Gentry tries to stay one step ahead of the mustachioed menace’s Lloyd Hansen.

It’s ideal weekend fodder, so the minutes are going to keep getting racked up for the foreseeable future, with sequels perhaps imminent.