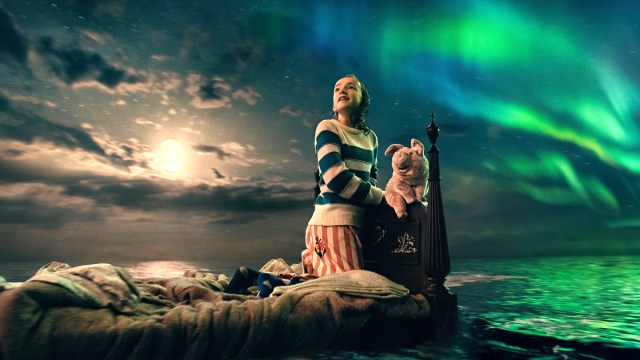 You know the drill by now; Netflix assembles an established director, hands them a sizeable budget and a cast stacked with recognizable names to deliver a fantasy blockbuster with franchise potential, only for critics to turn their noses up at the end product. In a turn of events everybody could have seen coming a mile off, it’s happening yet again with Slumberland.

In the streaming service’s defense, it’s been almost a month since it unleashed a widely-panned adaptation of popular source material, and negative reviews didn’t stop The School for Good and Evil from making a significant splash on the platform’s viewership charts – even if sequel possibilities remain up in the air for now.

In the case of Slumberland, Constantine and The Hunger Games director Francis Lawrence oversees Aquaman star Jason Momoa as Flip, who teams up with Marlow Barkley’s Nema to head off on an adventure across the land of dreams in the hopes she’ll be able to reunite with her late father.

It’s a decent enough setup, and it’ll no doubt conquer the global rankings by this time tomorrow, but it’s another fantastical swing and a miss from Netflix if the first reactions are to be believed.

Of course, given the usual formula to befall almost every in-house epic, audiences will inevitably enjoy Slumberland a great deal more than the reviews indicate, but it’d be nice if the company were to straddle the line between both worlds a little more often. At the end of the day, though, a hit is a hit by Netflix’s preferred metrics – and this’ll surely turn out to be another victory.