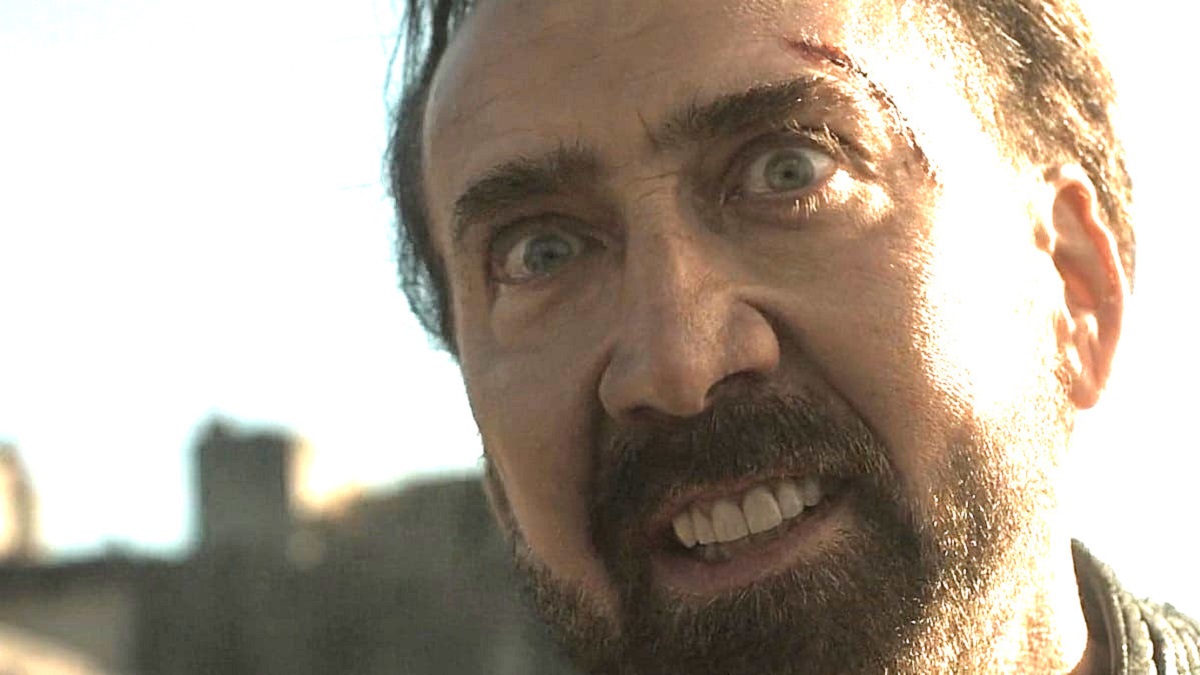 Nicolas Cage has built his entire career on being one of the most intensely committed actors in the business, never giving anything less than 100% in any of his roles, no matter how terrible the end product may turn out to be.

He’s also become a walking meme generator for reasons he doesn’t quite understand and remains unable to explain, but a large part of it is down to audiences loving nothing more than seeing him lose his sh*t. With that in mind, diehard Cage fans will surely have seen Prisoners of the Ghostland by now, because it wouldn’t be hyperbolic to call it the most insane credit in his extensive back catalogue of eccentric performances.

How crazy are we talking? Well, Cage gets arrested and then set free from jail in a place called Samurai Town, because a local and very rich warlord wants him to go on a daring rescue mission to retrieve his kidnapped granddaughter, giving him five days to complete the task or the explosives located in the arms, legs, and crotch of his leather jumpsuit will detonate and blow him to pieces.

The fact Cage doesn’t comprehend his legendary online status seems all the more baffling when Prisoners of the Ghostland features him screaming the word “testicles” at the top of his lungs for close to fifteen seconds, and that’s before he puts on a Mad Max-style post-apocalyptic helmet and starts slicing up his enemies with a blade attached to his dismembered hand.

Having arrived on VOD to a decent amount of fanfare last September, Prisoners of the Ghostland has now set up shop on Paramount Plus, where it’s instantly become one of the platform’s most-watched titles per FlixPatrol. It’s a wild ride, but should also set you up nicely for The Unbearable Weight of Massive Talent if you take the plunge.