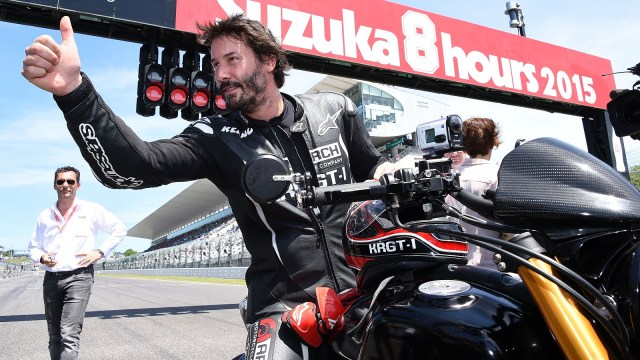 It’s become law for Keanu Reeves to be named in conjunction with the Marvel Cinematic Universe every once in a while, and it hasn’t exactly helped matters that the beloved star has always been open in admitting he’d love to land a role in Kevin Feige’s sandbox. Fans would unanimously support the idea, too, but not all of them want to see him as Ghost Rider.

The rights to the Spirit of Vengeance reverted back to Marvel almost a decade ago, but Gabriel Luna’s brief stint as Robbie Reyes in Agents of S.H.I.E.L.D. is all we’ve had to show for it. Even then, the series isn’t regarded as mainline MCU canon anymore, so technically Johnny Blaze (or whichever version of the character it would be) is starting with a blank slate.

For the longest time it’s felt like a fan-casting battle between Reeves and Norman Reedus for Ghost Rider, but Ryan Gosling recently and very unexpectedly threw his hat into the ring. Those are three top talents, but as much as folks would love to see Keanu in the MCU, there’s a belief that he may not be the right fit for Ghost Rider.

Are Marvel going to cast an actor who turns 58 next year as a cult favorite antihero with franchise potential? Unlikely, but the great thing about the shared superhero saga is that there are a literally innumerable number of comic book figures Reeves could still play, and with the Disney Plus era ushering in more content than ever before, there are plenty of opportunities to welcome the Speed, The Matrix, and John Wick legend into the fold.