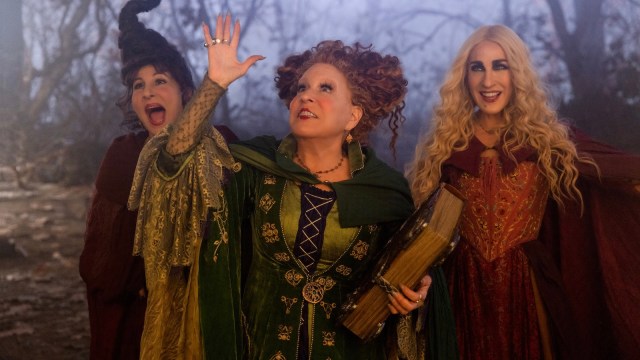 Old-school Disney fans can’t wait for spooky season to get here this year as Disney Plus is serving up Hocus Pocus 2, the long-awaited sequel to the classic Halloween staple. Even better, Bette Midler, Sarah Jessica Parker, and Kathy Najimy are back as the Sanderson sisters to cause more havoc for the children of Salem. But not everyone from the 1993 movie is returning for HP2, however.

That includes Omri Katz, aka Max Dennison, the original virgin who lit the Black Flame Candle. Earlier this week, director Anne Fletcher confirmed that neither Katz nor Vinessa Shaw, who played Alison, were offered a role in the follow-up, although Thora Birch (Dani Dennison) was invited to reprise her role but had to decline due to scheduling conflicts.

Entertainment Weekly has since reached out to Katz to ask for his thoughts on being left out of the reunion party. The actor responded, through his representative, by admitting that he would have “loved” to have returned, although he holds no ill will to those involved and encourages loyal fans to check it out. As he said:

“People have been asking, and unfortunately, I’m not in it. I would have loved to be involved. I feel bad for the original fan base saying we aren’t because I’m sure they wanted to see us reprise our roles. I think it’ll be good for everyone who loved the original! I hope fans will go see it. I know I will.”

This time around, three teenage girls — Whitney Peak, Lilia Buckingham, and Belissa Escobedo — will be the ones to accidentally resurrect the Sandersons on Halloween night. In addition, we can expect a deep dive into the trio’s origins, revealing how they became witches in the first place. Plus, one more OG star will feature — Doug Jones is back as good zombie Billy Butcherson.

Hocus Pocus 2 will be putting a spell on audiences come Sept. 30.