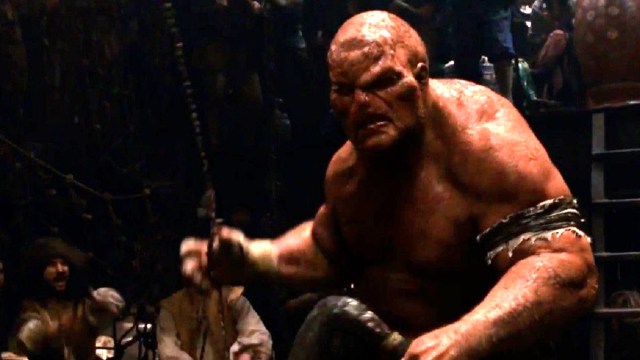 Netflix has often come under fire for producing in-house blockbusters and action flicks that could generously be described as ranging between underwhelming and mediocre, but the streaming service has apparently decided that distributing sequels to some of the biggest box office bombs in history is also a worthwhile endeavor, and we’re not talking about R.I.P.D. 2: Rise of the Damned.

The single worst-reviewed film in Ryan Reynolds’ entire career lost an absolute fortune at the box office the first time around, but somebody somewhere decided that a low budget follow-up close to a decade later was a project that needed to exist. Taking things one step further with an even bigger commercial catastrophe, Blade of the 47 Ronin hit streaming next week on October 25.

The 2013 original lives on infamy for its tortured production that saw first-time feature director Carl Rinsch kicked out of the editing room and replaced for extensive reshoots, which led the fantastical samurai epic’s costs to balloon to an eye-watering $225 million. No amount of turd-polishing could save 47 Ronin, though, which ended up losing over $100 million for Universal.

Naturally, that made a second installment set 300 years later a justifiable investment and completely necessary motion picture, with director Ron Yuan’s Blade of the 47 Ronin gearing up for its rollout on the world’s most heavily-subscribed on-demand platform. There’s more than enough content on Netflix as it is, so we’re not exactly feeling confident that this one is going to be appointment viewing for the masses.

Then again, it could turn out to be awesome for all we know, but living in a world where two historically-sized money-losing failures both have Netflix successors releasing less than a week apart is nothing if not a bizarre coincidence.