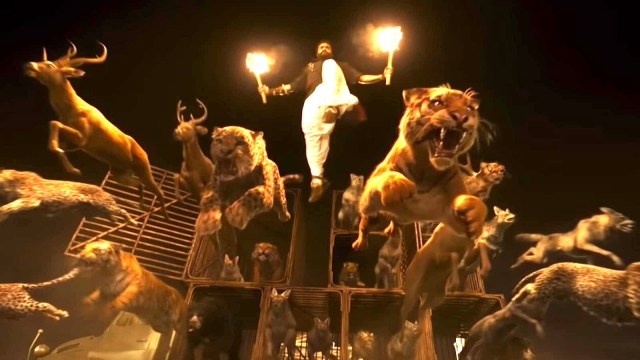 Just when you thought one of the buzziest releases of the year had wrapped up its theatrical run to gear up for a full-throttle tilt at awards season glory, RRR has been unleashed upon unsuspecting audiences in Japan to continue hoovering up even more box office dollars.

Not content with racking up a global tally in excess of $150 million, which was before it snowballed in popularity to become a worldwide phenomenon on Netflix, the epic blockbuster has set a new record for the top-earning first week in theaters for an Indian movie in Japan, and it’s also the only international title to reside in the nation’s domestic Top 10.

There was an outcry on social media when it was revealed that RRR had been snubbed as India’s selection for the Best International Film category at the upcoming Academy Awards in favor of the decidedly less deliriously demented and wonderfully unhinged Last Film Show, but the fury subsided when it was revealed director S. S. Rajamouli’s smash hit was set to play with the big boys and put itself forward for Best Picture, Best Director, Best Original Screenplay, and many more besides.

A Certified Fresh Rotten Tomatoes score of 92 percent, a user rating that’s even higher at 94, an overwhelmingly profitable box office run and major streaming numbers have reinforced RRR‘s credentials as one of 2022’s most talked-about offerings, and that’s now extended as far as Japanese shores as if you needed any more reminders that we’re talking about a full-blown phenomenon.