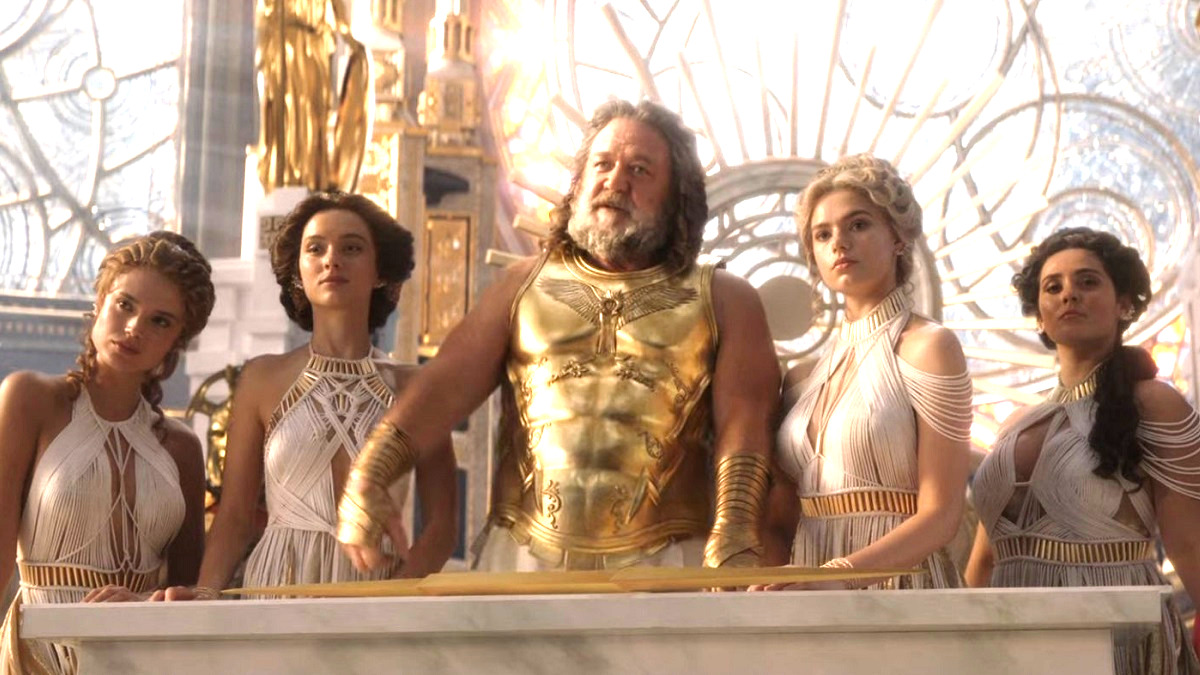 Russell Crowe is hyping up his latest movie, by updating his Twitter profile picture to a shot of his character from Thor: Love and Thunder . Crowe, who has previous in the superhero genre after Man of Steel and next year’s Kraven the Hunter, will this time be playing Zeus, king of the Greek Gods.

The screenshot Crowe has chosen to use is from a rather more salacious moment in the trailer, where with just a flick of his finger, Crowe removes all (and we mean all) of Thor’s clothing, leaving the God of Thunder bare to the world, crying out “You flicked too hard, dammit!”.

This particular scene caused quite the commotion online, with many calling for assurance that Chris Hemsworth’s behind be unblurred in the movie, stating they intend to head to the theaters for this very specific MCU reveal. Crowe must be aware of the fan reaction to the already meme-worthy moment, having chosen to use it for his profile picture to remind audiences of the power he wields at his fingertips.

The MCU has already explored Norse mythology through the character of Thor and his world of Asgard, but has recently been branching out into other ancient civilizations’ beliefs as well, most recently with Moon Knight and its Egyptian deities. Now, with Gorr the God Butcher on the rampage, it seems that no all-powerful entities are safe, with the Odinson appealing to fellow cosmic beings of power for aid.

He finds his counterpart in Zeus, a fellow wielder of thunder and lighting (perhaps a competition for the most proficient wield will ensue). Crowe appears to have donned a Mediterranean accent for the role, which we’re sure Greek fans will be to listening closely for accuracy, (as a fellow Mediterranean I shall also be paying close attention).

Fans can catch more of Crowe when Thor: Love and Thunder is released in theaters on July 8.