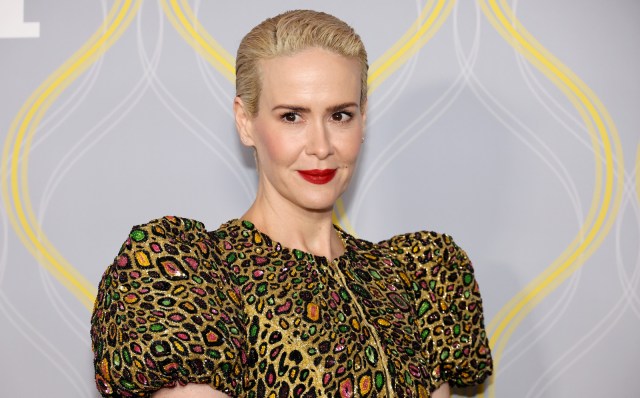 Actress Sarah Paulson — known for her exemplary performances in series American Horror Story and Ratched — is electrifying the horror genre once more with an upcoming role in Dust — a new horror/thriller movie that is set to premiere on Hulu as an original — and yes, we will be seated.

As per Deadline, Searchlight Pictures is at the center of the project, with Will Joines and Karrie Crouse set to direct. Along with starring in the new thriller, Paulson will also assume the role of executive producer — with filming expected to begin in late August.

Further details about the movie’s plot have mainly been kept under wraps, though a brief logline has hinted that the film will focus on a woman who must encounter her own personal obstacles and life demons in the midst of a disastrous storm. The official synopsis for the film is as follows:

“Dust follows a woman who is trapped by increasingly perilous dust storms and is haunted by her past encounters with a threatening presence and takes extraordinary measures to protect her family.”

As confirmed in the headline, this will mark Paulson’s much-anticipated return to the realm of cinematic horror, with her portrayal as Diane Sherman in Run being her last performance in the genre. And considering Paulson’s renowned success in the horror series American Horror Story, it certainly paints a perfect picture for horror fans that enjoy the seasoned actress’ work in the popular genre.

Check back here for future updates on Dust.