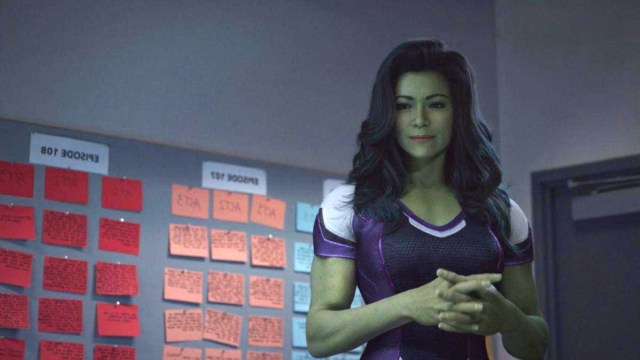 It’s just as well that the entire creative team behind Disney Plus series She-Hulk: Attorney at Law knew exactly what they were getting themselves into, because the trolls more than lived up to their end of the bargain.

Review-bombing the show before it had even premiered is par for the course these days, and not just for the Marvel Cinematic Universe, but as the episodes continued it became clear that one of the main storylines revolved around angry internet nerds being furious at the mere existence of Jennifer Walters in-canon, so they made it their mission to tear her down by any means necessary.

It was fittingly meta for an episodic comic book adaptation that never went too long without breaking the fourth wall, and in an interview with IndieWire, director Kat Coiro explained how she planned all along to weaponize the trolls against themselves.

“When the show first came out, I was getting these really awful, mean, troll messages. Just terrible things, ‘You should die’ and awful words — and as the series has progressed, that has started to go away, because we address the trolls. The trolls are the villains. I think these people realize that when they are doing [that], they’re playing right into our hands.”

While it’s never okay to send somebody hateful messages, especially when a blockbuster MCU project is the biggest gig of Coiro’s career by far, at least all of the key players behind the scenes knew exactly how to turn it into an advantage for She-Hulk. Maybe opinion will soften over time, but for now, Tatiana Maslany’s debut hasn’t proven too popular among a particularly vocal subset of forum-dwelling netizens.