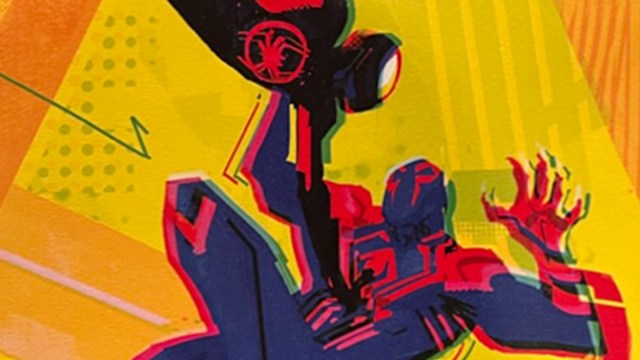 The producer and co-writer for the forthcoming superhero sequel, Spider-Man: Across the Spider-Verse, has unveiled the first poster for the film.

Christopher Miller — one of the minds behind The Lego Movie, 21 Jump Street, and 2018’s Oscar-winning Spider-Man: Into the Spider-Verse — shared the image on Twitter Friday.

“Here is a fun little poster made for the Across the Spider-Verse crew.”

The image in question features Shameik Moore’s Miles Morales in some kind of altercation with Oscar Isaac’s Miguel O’Hara, AKA Spider-Man 2099, an alternate-dimension and futuristic version of the superhero whose appearance in the franchise was initially teased in the first film.

Across the Spider-Verse, which is slated for release next year, was conceived as part one of a two-part story that will conclude with 2024’s Spider-Man: Beyond the Spider-Verse. The sequels are both under development as we speak.

Both films have to follow an initial installment that set a rather high bar for the franchise; 2018’s Into the Spider-Verse is regarded by many as a modern masterpiece of animation, not to mention one of the very best Spider-Man movies of all time. With its signature blend of humor, action, adventure, meta-commentary about Spider-Man movies in general, and a surprising amount of heart, the film set the stage for the live-action franchise dabbling in its own multiverse shenanigans with 2021’s Spider-Man: No Way Home.