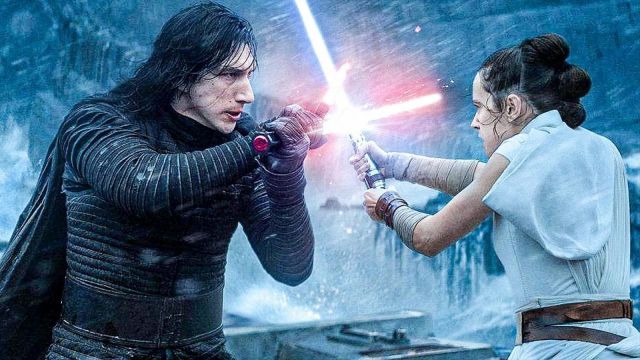 Lightsabers are easily one of the coolest things about Star Wars. They look amazing onscreen (especially with the more recent ones illuminating their surroundings), they make some of the most iconic sounds in cinema history, and their deadly nature makes any duel very tense.

The high-temperature plasma blade can cut through most materials like a knife through butter, and being hit by one is a serious injury, meaning many Jedi have prosthetic hands or limbs after duels. The risk of dismemberment should run the risk of making Star Wars R-rated, though fortunately for Lucasfilm it’s firmly established that the heat of the blade instantly cauterizes flesh and seals blood inside the wound.

This means that when, say, Luke’s hand is chopped off in The Empire Strikes Back, there’s very little blood and he’s tinkering with a shiny new robot hand a few scenes later. However, fans on Reddit are discussing the rare on-screen moments where lightsabers did draw blood.

The best example comes from A New Hope, where Obi-Wan demonstrates what a lightsaber can do as he defends himself against walrus alien Ponda Baba in the Mos Eisley Cantina. A swish of the blade later, and Baba’s forearm lies on the ground with visible blood leaking from it. That’s likely because George Lucas hadn’t decided exactly how a lightsaber should work yet, but the in-canon explanation says Baba’s alien biology means his wounds don’t seal.

Another prominent instance comes at the end of The Phantom Menace. When Obi-Wan defeats Darth Maul, he chops him in two at the waist, causing a brief but visible cloud of aerosolized blood to appear. That may be because this is such a huge wound that not even the saber can cauterize the whole thing instantly, resulting in some steamed blood escaping into the air.

While the saber does make for a clean fight, fans have noted that Star Wars books describe the aftermath of a duel as having an unsettling aroma of medium rare steak. If that’s the case, we’re surprised more Jedi Knights weren’t vegan…