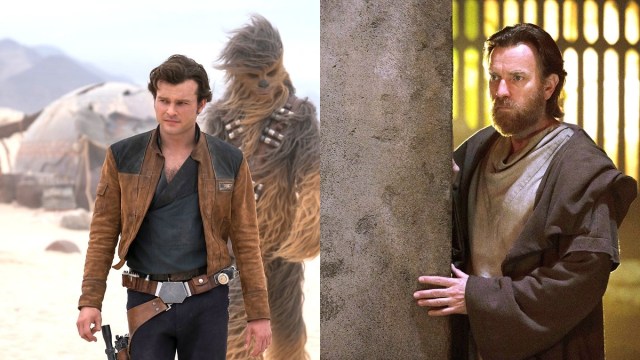 One of the most recurring and entirely valid criticisms of the Star Wars Disney era is the reliance on nostalgia at the expense of pushing the mythology forward, and things aren’t set to change at any point in the near future looking at the recent and upcoming slate of projects.

So far we’ve seen three sequels to George Lucas’ original trilogy, a Han Solo origin story, a prequel that ties directly into the events of A New Hope, a Boba Fett spinoff series, a show revolving around Obi-Wan Kenobi and Darth Vader’s rivalry between Episodes III and IV, while even The Mandalorian went all-in on the fan service throughout its second season.

Taika Waititi plans to slap a fresh coat of paint on a galaxy far, far away, but one thing nobody wants to see are remakes of A New Hope, The Empire Strikes Back, and Return of the Jedi. One enterprising Star Wars supporter floated the suggestion on Reddit, only for commenters to unanimously agree that it was a terrible idea in every way, shape, and/or form.

To be fair, if you wait a decade then it wouldn’t be the most nonsensical thing in the world, even if it would admittedly be borderline sacrilegious.Vivien Lyra Blair’s Princess Leia, Ewan McGregor’s Obi-Wan, Hayden Christensen’s Vader, Alden Ehrenreich’s Han Solo, Donald Glover’s Lando, Joel Edgerton’s Uncle Owen, Bonnie Piesse’s Beru, and Joonas Suotamo’s Chewbacca provide a solid base, then it would be up to Lucasfilm to fill out the rest.

Don’t get us wrong; the fandom would be apoplectic were it to happen, but you can see where the OP was coming from.