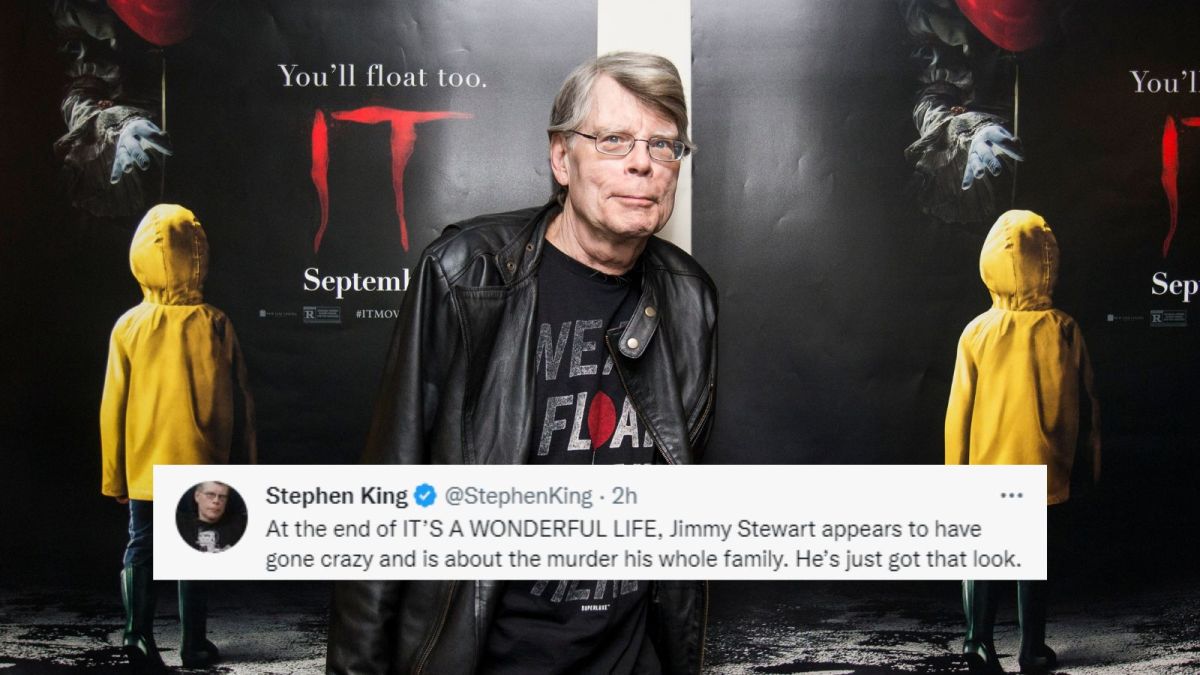 Stephen King may be one of the very few people on Earth who might have an issue with Christmas. The famous author went on to Twitter to share his thoughts when he watched a preview of It’s a Wonderful Life. Unfortunately, the film didn’t change his views on the festive holiday.

King posted two tweets about his viewing experience of the classic Christmas film. The first was him mishearing what George Bailey (played by Jimmy Stewart) said. He thought George said “asshole” instead of lasso when he asked Mary if he wanted the moon. Funnily enough, the first tweet received a few comments about “throwing Elon Musk” there, considering that King has criticized the tech billionaire for his handling of Twitter.

The second tweet is more akin to King’s branding. The author replied to a fan with his own take on the film’s ending. In the original version, George was happy that he was back to his original timeline and that he got to see his family again, regardless of the consequences that he might face. In King’s version, George goes mad and has the urge to murder his family.

Maybe King has a point considering that he ran from the bridge back to his home, then later told reporters and the press that “he might go to jail” in a happy tone. Not to mention, the weird looks he received from the reporters when he reunited with his children.

It is possible for King to produce his own take on It’s a Wonderful Life since the film has entered the public domain. The film was already dark on its own since it was about a guy contemplating his own death on Christmas, but perhaps King could put his own twist on it and make it darker. However, one fan pointed out that The Simpsons beat him to the punch.

Season nine of The Simpsons featured an episode where Bart and Lisa picked up a copy of the classic Christmas film with an alternate ending. This means that either this show really does predict everything, or King isn’t the only one who saw the movie with a much darker interpretation.

At the end of the day, we can all agree that King isn’t much of a Christmas-kind-of-guy. But that’s okay because he’s more known for his horror and thriller works. While it’s unlikely that the author would produce a darker take on the classic film, we at least got a small glimpse of it through his tweets.