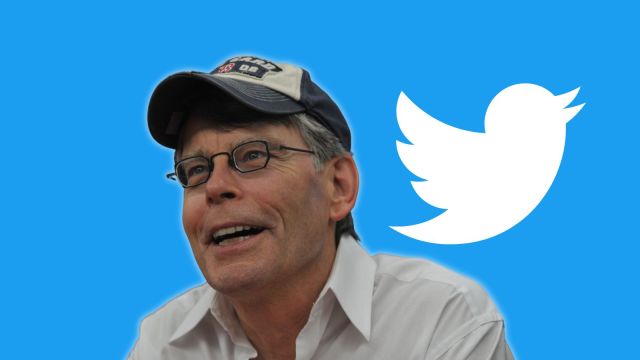 It would have been difficult to predict even a few years ago that social media in 2022 would be dominated by the ongoing struggles between the world’s richest man and the world’s most prolific horror fiction author, but here we are. Master of horror and enthusiastic Tweeter Stephen King has sent another barb at self-proclaimed “Chief Twit” Elon Musk, keeping the fires in their now weeks-long flame war smoldering.

The Misery author fired off a nostalgic tweet this morning proclaiming the pre-Musk Twitter that existed before the Tesla mogul bought up the company for a staggering $44 billion price tag was superior, offering more fun and less controversy — although King may certainly be viewing the everlasting tire fire that Twitter has been for the last several years through rose-colored glasses.

Musk, as is his habit, responded directly to King’s tweet, with what appeared to be an attempt to spread oil on the waters, stating that he is sill a fan of the author. it remains to be seen whether the olive branch will be received or flung back.

The salvos are part of the pair’s ongoing prickly conversation on Twitter which has been going on since Musk took his seat at the head of the company and began instituting several controversial changes to the site, including firing the board and letting go swaths of employees in an attempt to bolster the company’s bottom line.

Most famously, one back and forth between Musk and King seemed to haggle down the price of Musk’s newly proposed monetization of the site’s verification process, initially set at a $20 price tag. In an attempt to entice King to stay on the site and purchase his own “blue checkmark” (which King already possesses under the old verification process) Musk lowered his suggested price to $8.

It remains to be seen if this latest online convo will bear similar fruit. Maybe King might bring up severance pay for anyone who loses their checkmark in the next few weeks?