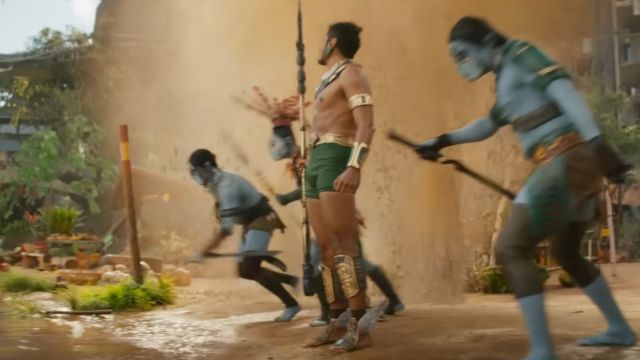 Fans called out Marvel Studios after a photo comparing Namor’s bulge in the trailer to a clip from Black Panther: Wakanda Forever went viral on social media. However, despite how thirsty the internet was when those images circulated, Tenoch Huerta has clarified the truth about the viral photos. Unfortunately, the answer is not the one that people wanted.

In an interview with Rolling Stone, Huerta clarified that one of the images from the viral tweet is fake. And unfortunately, it’s the one without the bulge. He said that the image on the right was the original and the one on the left was fake. What’s ironic was that fans assumed that the photo on the right was edited so it would be appropriate for the movie. Huerta said that he wanted to be honest with people, even if it meant admitting that his size isn’t what people expected.

“The only thing that I can say is: the original was the photo in the right. Without [the bulge]! That’s original. No, I mean, I’m not going to lie to people. Every man in the world, we have fragile masculinity, but not in that issue. I will say, the right one, the real one is the photo on the right.”

Fans were convinced that the photo on the right was real and that the VFX team reduced the size. While it was funny to think that Marvel put in the effort to change how Namor looked, be glad we have an actor who is honest about how big he is, even if it meant admitting that he’s not as big as everyone hoped for him to be.