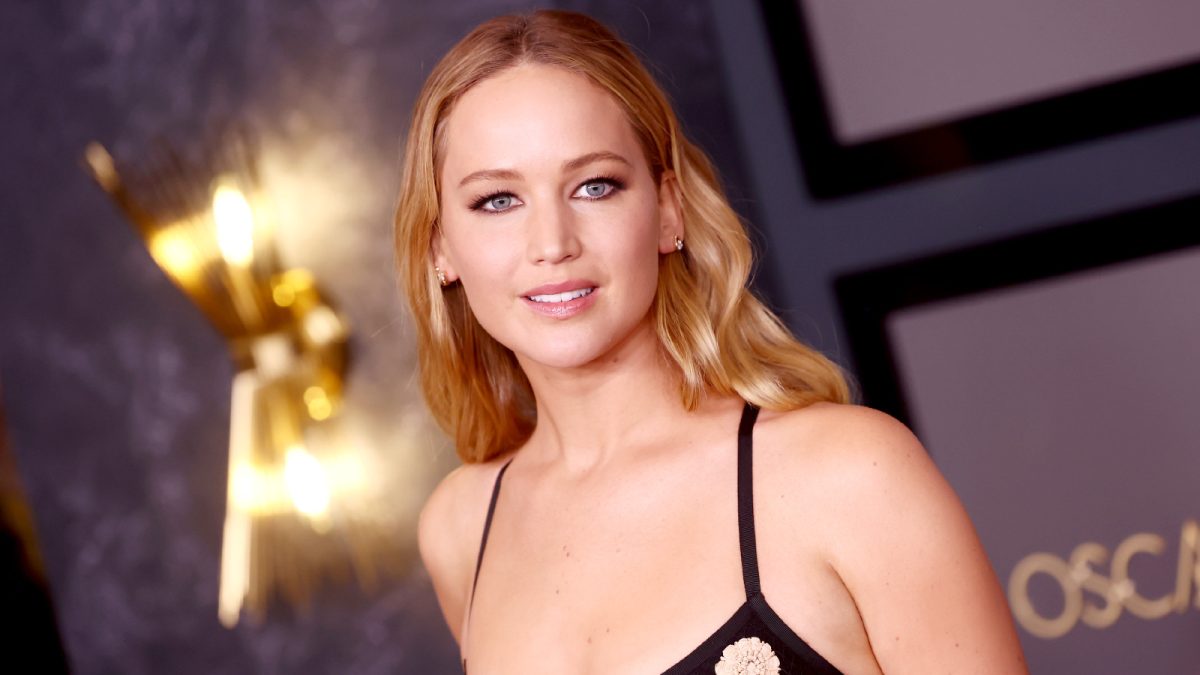 It almost feels like Jennifer Lawrence has been a famous Hollywood movie star forever. Of course, her being only 32 years old, that isn’t quite the case. You’d be forgiven, though, for failing to remember a time when she wasn’t in the limelight. Lawrence’s rise to superstardom was so meteoric that she went from little-known sitcom daughter to international star in the span of about three years. Her breakout came first in Winter’s Bone and then, of course, The Hunger Games, which cemented her as one of Hollywood’s brightest stars. What’s fascinating about Lawrence is the way she has balanced hugely successful, franchise filmmaking with quieter, more nuanced performances. We ranked her 10 best movies, from worst to best.

For a young actress like Lawrence, landing a role on a blockbuster film franchise like The Hunger Games can be a blessing and a curse. On the one hand, Lawrence went from a newcomer to a megastar almost overnight. On the other hand, she spent much of the next decade of her career releasing four Hunger Games movies, which surely caused her to skip out on some other roles in which she might have shined bright. Mockingjay Part 2 marks the very end of her journey playing Katniss Everdeen, putting a cap on one of the most popular and influential series of the early 2010s. What started out as a fairly contained, if clearly sci-fi heavy story, became, by the end, an adventure with nothing less than the fate of the world at stake. Through it all, however, Lawrence remained the perfect star to lead the franchise.

Don’t Look Up is a movie whose plot is all over the place, jumping from storyline to storyline at a pretty breakneck speed. Still, Lawrence remains a focal point even among all that chaos, here playing the role of Kate Dibiasky, a doctoral student who discovers the presence of an asteroid heading straight for Earth, one large enough to lead to planetary extinction. The problem that quickly emerges is pretty much everyone’s collective unwillingness to listen to a word she says on the matter. Everyone except her professor, played here by Leonardo DiCaprio. The fact that Don’t Look Up can often become a bit clunky in its satirical and metaphorical look at climate change and how the media and world respond to such an imminent threat does not take away from Lawrence’s often charming and self-effacing performance.

Not content to be a part of only one epic film franchise, Lawrence is also featured in Fox’s X-Men series. Here she plays Raven Darkhölme — aka Mystique — a mutant shapeshifter with blue skin, red hair, and yellow eyes. She made her first appearance in the series in 2011’s X-Men: First Class, but it was the follow-up film, X-Men: Days Of Future Past that holds the mantle as the best of the series in which she is featured. Many went as far as to praise the film for being one of, if not the best movie in the X-Men series to date. Days Of Future Past would go on to earn almost $800 million at the box office, making it another smash hit for Lawrence.

While Hunger Games surely set the stage for the story of Katniss Everdeen, Catching Fire was notable for the way it expanded the fictional world of Panem and the sprawling cast of characters therein. At this point both the first film in the series and the novels from which they are based were massively popular and yet, Catching Fire still wildly surpassed expectations, becoming a huge hit and the biggest in the entirety of The Hunger Games series.

Jennifer Lawrence was due for a bit of a comeback. It is not that she ever fully went away, but an actress who was once so ubiquitous as to be the star of two different hugely successful movie franchises at the same time has definitely been slowing down over the last few years. Which is why 2022’s Causeway was such a welcomed treat, especially because of how low-key it is when compared to some of her other roles. Causeway tells the story of a former U.S. soldier making her way back from a traumatic brain injury and the stress and depression this injury has caused. Opposite Lawrence stars Brian Tyree Henry in a similarly understated role for which he is perfectly cast. You can stream Causeway now on Apple TV+.

Ohhh boy…Mother! This movie comes with a whole host of disclaimers. As is the case with most every movie directed by Darren Aronofsky, this movie is not for everyone. Its depiction of a strange biblical tale of motherhood and intrusion is gnarly and wholly unique. The ending however is beyond description in any way that could capture the experience of watching this film. In many ways, Lawrence is the glue that holds it all together, as the movie frequently threatens to burst at the seams. You can stream Mother! now on Amazon Prime Video.

We’ve seen several impressive ensembles on this list, but American Hustle might just be the most impressive. Starring Christian Bale, Bradley Cooper, Amy Adams, Jennifer Lawrence, and Jeremy Renner, the madcap story moves at a hundred miles per hour, telling the fictionalized story of the FBI Abscam operation of the late 1970s and early 1980s. At times, this can feel a bit like David O. Russell doing a Scorsese impression — with constantly moving scenes and clipped dialogue — but he undoubtedly makes it his own. Like Silver Linings Playbook before it, American Hustle was a hit with the Academy, receiving ten nominations in total, including Best Picture.

Lawrence was coming off an Academy Award nomination for Winter’s Bone when she landed the coveted role as Katniss Everdeen. The Hunger Games book series, written by Suzanne Collins, was already a hit but the films promised to fully mint Lawrence as one of the brightest young stars in Hollywood. And, to be honest, we can’t picture anyone pulling off the role quite like she does, able to blend vulnerability and strength in a way few actresses can. The Hunger Games, of course, led to three sequels, all massively successful, all of which you can stream now on Amazon Prime.

Few actresses in the 20th century, or all of movie history for that matter, have made such a strong and lasting impression as Lawrence does here in Winter’s Bone, a tale of revenge and redemption set among the Ozarks – before the more well-known Netflix show used a similar locale. Lawrence is fantastic as Ree, a teenager who must track down her deadbeat father in an attempt to hold onto the family home. At just 20 years old, Lawrence was nominated for her first Academy Award for the role, firmly putting her on the map as one of the most exciting young actresses of her time.

Starring Bradley Cooper, Jennifer Lawrence, and Robert DeNiro, Silver Linings Playbook tells the story of Pat and Tiffany, two down-on-their-luck outsiders who find something resembling love in each other’s company. Pat is a man who suffers from bipolar disorder and was only recently released from the hospital. Tiffany is recently widowed and deemed a slut by the neighborhood, a classification she does not disagree with. The two begin a relationship, though it is not the kind we often see in romantic comedies of this type – or any other movie for that matter. They are, it is quite clear, both rather broken people, both obsessed with their former spouses and struggling with their mental health. At Tiffany’s insistence the two begin to practice for a ballroom dance competition, which brings them closer and closer. Silver Linings Playbook has many of the screwball qualities of Russell’s other work but finds a pathos within that many of his film’s are missing. Cooper and Lawrence are simply fantastic, the two displaying a chemistry that makes the movie shine in ways it simply wouldn’t otherwise. Silver Linings Playbook was nominated for the Academy Awards, with Lawrence becoming the second-youngest winner of the Best Actress award in Oscars history.