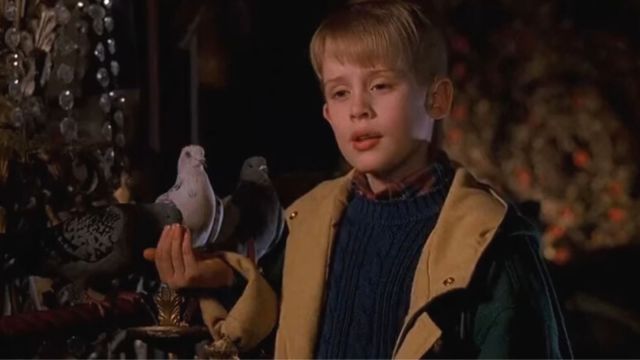 It was really weird to know that Donald Trump announced his presidential candidacy for the 2024 U.S. election on the 30th anniversary of Home Alone 2. For those who need a refresher, the former U.S. president made a cameo appearance in the film when he gave directions to Kevin. Could this mean that President Trump is canon in the Home Alone franchise? Maybe?

If that is the case, then surely it’s fair game for every other character in the franchise to run for the White House. After all, they have better-lived experience and perhaps qualifications to make them the perfect president. That’s not to mention that anyone can put their names down, even if they’re not a politician by profession. In 2016, “Deez Nuts” was a real presidential candidate in the U.S. The Guardian reported that this candidate won 9 percent of the independent votes in North Carolina and achieved the best “third-party numbers since Ross Perot.”

Who in the Home Alone universe could run for president in 2024, potentially beating Trump in the races? Here are our candidates.

The Pigeon lady has a tragic backstory. She was a working woman until she became homeless. She told Kevin what it was like living in the streets and how people of New York wouldn’t treat her equally and saw her with disgust. At the end of the film, she saved Kevin from Harry and Marv using her pigeon friends. This lady knows what the real issues are and considering that she defeated two kidnappers with birds, imagine what she’d be like the moment she has power.

She’d be an excellent candidate to support women’s rights, child safety, homelessness, and domestic issues. Also, her slogan could be “feed the birds,” a line recognizable to Marry Poppins fans since it was a song from the musical. Don’t worry about copyright infringement; Disney owns the rights to Home Alone.

Do you know what gets votes in some elections? Fear. For some past and current presidents in other countries, it’s that fear that somehow got the people’s trust, hence why they got the votes. The same could be said of Marley. He was a rumored serial killer, but in reality, he was a nice man. If he wants to invoke change, he needs to take advantage of his rumored reputation. Let people know that he really means business, even if is a kind old man at heart.

He’d be the type of guy to fight for senior citizens’ rights and perhaps promote incentives for children. What would make him an appealing candidate is his respect for religion.

Kate McCallister may not be the perfect mother considering the number of times she left her son behind, but she does take action for her mistakes, especially in Home Alone 2. People doubted her, especially the hotel staff in New York, but she was able to assert herself and told them that she’d look for her son. Also, in Home Alone 4, she was a divorced woman and Peter still tried to call her even if he was in a new relationship. This proved that she’s the more responsible parent in the family.

Perhaps by the time she runs for president, she’d learn her lesson and perhaps have policies that are suited for families across the county. She’d be the type of woman worth campaigning for, especially due to the current political environment in the U.S.

Gus Polinski may be a polar opposite candidate compared to Donald Trump. He’s a celebrity in the Midwest, so he’s already recognized in the states. He also understood what struggling families were going through, especially those who have to travel long distances for work. He could have been the ideal opposition for Trump if he ran for president. In 2018, 31 percent of the U.S. population was part of the working class, according to Gallup.com. All he has to do is win those hardworking hearts. From there, he should be able to get the votes.

Kevin McCallister should be an adult in 2024, which would allow him to run for president. Americans want someone who can defend them from their enemies, and Kevin has years of experience in self-defense. If he could protect his home from criminals from such a young age, imagine him defending a country. At least Kevin’s plan doesn’t involve building a giant wall.

What also would make Kevin a great president is how he’s easily able to connect with the people. He has shown empathy in the past, which is something we hardly see with current political leaders due to their own agendas. He’d be able to understand the country’s social issues and would use his power to help them in his own way. Fingers crossed for Kevin to be the first Gen Z or Millennial U.S. president.

Home Alone introduced us to a slew of characters who showed what they’re capable of despite their appearances. If they could use those aspects of themselves in the political ring, there is a chance that one of them could win the votes and kick Trump out of the primaries.