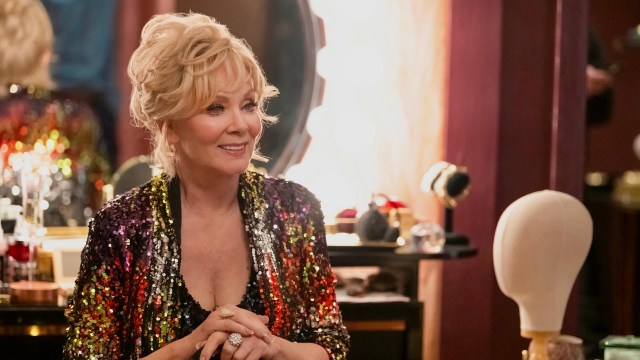 Jean Smart is a distinguished, one of a kind actress. Very few careers compare to that of the 71-year-old who has been active in the acting business for over 40 years. She’s been the recipient of numerous notable awards, and she’s only the second artist, after Betty White, a pioneer of early television, to win all three comedy Emmy comedy nominations – lead, supporting, and guest actress.

After earning bit part roles in television, her first major television role came in 1985 when she was cast to play Charlene Frazier Stillfield on the comedy series Designing Women. This role opened the gate to so many others as she starred in Overkill: The Aileen Wuornos Story as serial killer Aileen Wuornos, The Yearling, Homeward Bound: The Incredible Journey, and several others in the 90s. She became even more famous in the 2000s, starring in more prominent shows and movies, broadway productions and blockbusters. Now, she currently boasts one of the most extensive and brilliant filmographies around.

So, here’s a list of Jean Smart’s best television shows and films, ranked from least to best.

Mistress is a 1992 comedy-drama that features a legendary cast of Robert De Niro, Danny Aiello, Eli Wallach, Robert Wuhl and Martin Landau. The feature film was written by Barry Primus and J.F. Lawton and it focuses on Marvin Landisman, a destitute Hollywood screenwriter and director who has his years-old script read by a has-been producer who offers to help him find investors for his movie. Here, Smart plays Patricia, an alcoholic flight attendant who is also a mistress to one of the investors who promises to invest in Marvin’s movie.

Arguably one of her most popular roles, Smart plays Charlene Frazier, the office manager of Sugarbaker & Associates. Designing Women is an American television sitcom created by Linda Bloodworth-Thomason and it centers on the lives of four women and one man working together at an interior designing firm in 1980s Atlanta called Sugarbaker & Associates. Smart played a recurring role in this sitcom until she left in the fifth season and only returned for a guest appearance in the sixth season.

24 is an American action drama television series created by Joel Surnow and Robert Cochran. The show focuses on Jack Bauer, a counter-terrorist agent who prevents terrorist attacks like presidential assassination attempts, bomb detonations, bioterrorism, cyberwarfare and brings down those responsible. Here, Smart appears in the fifth season as First Lady Martha Logan, the wife to the President of the United States who becomes contemptuous of her husband’s conduct in office and decides to go public in an attempt to end his career.

Created by Cecelia Ahern and Donald Todd, Samantha Who? is an American television sitcom that aired 2007 to 2009. The show centered on Samantha Newly, a 30-year-old vice president of a real estate firm who develops retrograde amnesia after a hit and run accident. Smart plays Samantha’s mother, a narcissistic housewife who shares a complex but intriguing relationship with her daughter. The sitcom features other names like Christina Applegate, Kevin Dunn, Tim Russ, Jennifer Esposito and others.

In this American crime drama limited series created by Brad Ingelsby for HBO, Smart plays the more of Marianne “Mare” Sheehan, a local hero and police detective in Easttown, Pennsylvania who investigates the recent murder of a teenage mother while trying to keep her own life from falling apart. Mare of Easttown was critically acclaimed and it earned a whopping 16 nominations at the 73rd Primetime Emmy Awards with Smart also earning herself a Emmy nomination for her impressive performance.

Based on the Marvel Comics character David Haller / Legion, Legion is an American superhero television series created by American director and producer Noah Hawley. It follows Haller, a schizophrenia patient who had been diagnosed from a young age and has been in and out of various psychiatric hospitals since his diagnosis. Here, Smart plays Melanie Bird, a demanding psychiatric therapist who is also a human leader of an organization of mutants called Summerland.

Watchmen is a limited series based on the 1986 DC Comics series of the same title. It aired in 2019 and it was created by Damon Lindelof, who also served as an executive producer and writer. It is a sequel that takes place 34 years after the events of the comics within the same alternate reality. Smart was introduced much later in the show as Laurie Blake, the second silk spectre who has since become an FBI agent and member of the Anti-Vigilante Task Force.

Sweet Home Alabama is a 2002 American romantic comedy-drama-fantasy that stars Reese Witherspoon, Josh Lucas, Patrick Dempsey, Fred Ward, Mary Kay Place. It focuses on a whirlwind relationship between Melanie, a successful New York fashion designer and her estranged husband Jake. Smart plays a supporting role as Stella, Jakes’s mum in this enthralling movie. She gives a captivating performance, one that truly stands out in her extensive filmography.

Inspired by the 1996 film of the same name, Fargo is an American black comedy crime drama created by Noah Holloway. The series follows an anthology format with each season set in a different era and location, with a different story and mostly new characters and cast. Smart appeared in the second season — along with names like Kirsten Dunst, Patrick Wilson, Jesse Plemons and Ted Danson — as Floyd Gerhardt, the matriarch of the Gerhardt crime family.

Jean Smart is Deborah Vance in this American comedy-drama television series created by Lucia Aniello, Paul W. Downs, and Jen Statsky. Vance is a legendary Las Vegas stand-up comedy diva who needs to reinvent herself to avoid losing her residency at the Palmetto Casino. The show explores the relationship between Vance and Ava, a young comedy writer who is unable to find work due to a previous mishap and her reputation for being self-centered and arrogant. The series has been severally lauded and it has received different accolades including Primetime Emmy Awards for Outstanding Writing, Outstanding Directing, and for Smart, Outstanding Lead Actress as well as the Golden Globe Award for Best Television Series – Musical or Comedy.