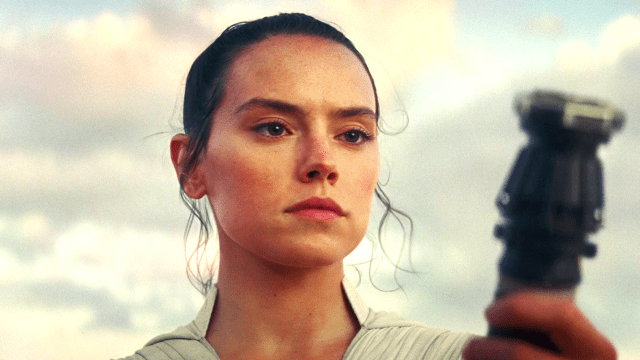 Disney and Lucasfilm have finally broken the seal on The Rise of Skywalker‘s ending, and a new Star Wars sequel is in the works. The mysterious new film is being written by Lost and Watchmen‘s Damon Lindelof and The Strain‘s Justin Britt-Gibson, and directed by Oscar winner Sharmeen Obaid-Chinoy.

For now, other details are thin on the ground. As per The Hollywood Reporter, some trilogy characters will return, and that as of now, this is conceived as a standalone project rather than a trilogy (though this apparently could change in the future). So, what do we know about the years following The Rise of Skywalker and what non-canon ‘Legends’ stories could they take inspiration from?

What happens after The Rise of Skywalker?

Lucasfilm has been quite strict about allowing any canon stories after The Rise of Skywalker, though a couple of details have slipped through the cracks. 2020’s The Star Wars Book was a deep dive into the canon, courtesy of the Lucasfilm story group, and confirmed that Rey eventually became a Jedi Master during a new era of galactic history free of the influence of the Sith.

Further indications of her next steps may come from The LEGO Star Wars Holiday Special, which is firmly non-canon but nonetheless set after The Rise of Skywalker ends. We see Rey on a mission to deepen her knowledge of the Force, though there’s also a telling moment in which we see her training Finn in the Force aboard the Millennium Falcon, in the same way Obi-Wan trained Luke in A New Hope. Rey assures Finn that he’s strong in the Force, so a sequel might show the former stormtrooper beginning to hone his talents.

The only other recent story set later than the sequel trilogy is Star Wars Visions episode “The Ninth Jedi,” which is set “many generations” after the Jedi and shows Sith acolytes hunting down Jedi. This is also non-canon, though does at least show that sometime in the future the Sith could return once again.

A fan-favorite adversary from the legends continuity

Lucasfilm and Disney took quite a bit of inspiration from the Legends/Extended Universe in their sequel trilogy, so perhaps they could look back to those stories once again. An obvious thing they could lift from these stories are the Yuuzhan Vong, a new species who lay waste to the galaxy in The New Jedi Order books. The Yuuzhan Vong are distinctive in that they’re unable to be sensed through the Force, meaning any Jedi going up against one is at a serious disadvantage.

It’d be great to see a Star Wars villain that’s not the Empire/First Order, though perhaps after The Rise of Skywalker, there simply aren’t enough Jedi around to make the Yuuzhan Vong’s unique disconnection from the Force come into play that often.

Another option are the Killiks, who made their debut in the ‘Dark Nest’ books released in the mid-2000s. These insectoid creatures were once native to Alderaan, though generally lived in hibernation deep under the surface or had migrated into deep space. The species eventually became opposed to the Galactic Alliance and the ‘Swarm War’ commenced, with the New Jedi Order being led into battle by Grand Master Luke Skywalker.

Do we want to see them on the big screen? Well, an insectoid species would be fun to fight, but we’ve seen insect aliens in countless other science-fiction movies and they’re a bit derivative of Alien‘s Xenomorph.

If Disney were feeling brave they could move way past the events of the sequel trilogy and explore an almost untouched region of Star Wars continuity a century into the future. This is where Legends comic book series Star Wars: Legacy is set, following Cade Skywalker as he abandons his Jedi heritage to pursue a career as a bounty hunter. At this time the galaxy is once again in a state of civil war, with a Sith Lord back on the throne.

Many fans weren’t happy about a story so disconnected from the familiar characters, though Legacy went on to become a hit and ran for 50 issues (and a six-part sequel series). There were plans for more stories about Han and Leia’s great-granddaughter, though after George Lucas sold Star Wars to Disney, the hammer came down on all things Legends.

It’s a fun setting, and jumping far into the future would give the writers an almost blank slate to work from, though the only existing characters who could live that long are the droids and a handful of long-lived alien characters like Chewbacca and Grogu.

When will we know for certain?

It’s now three years since The Rise of Skywalker, and Disney is apparently eager to rush this new movie through development, with The Hollywood Reporter suggesting a December 2025 release. Perhaps we might hear more on Star Wars Day next May, as a confirmation of a title and any members of the returning sequel trilogy cast would clear up a lot of confusion.

Here’s hoping they attempt something a little more ambitious than a direct sequel to The Rise of Skywalker.