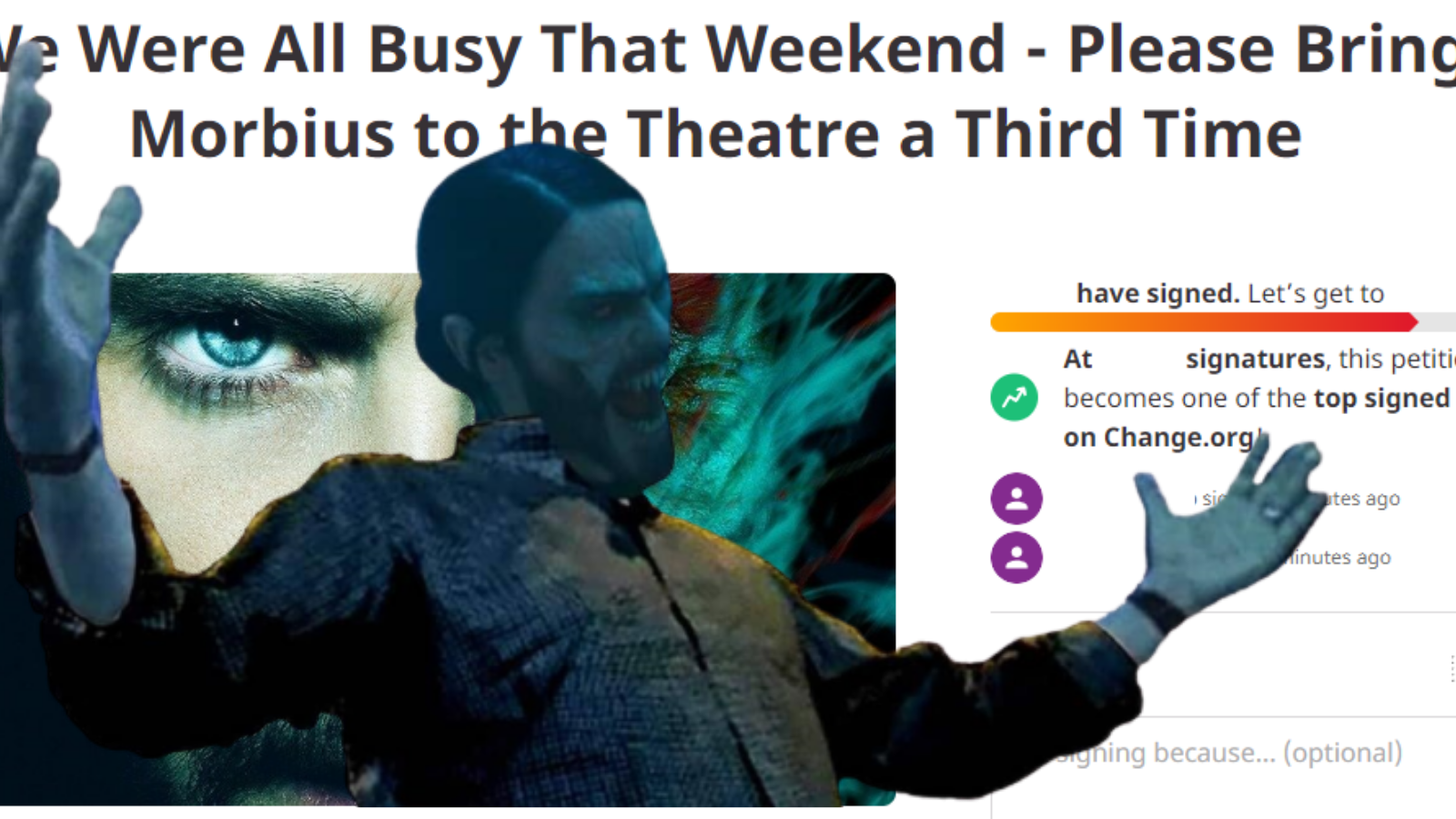 It could be Morbin’ time yet again for Morbius, with the internet’s insatiable lust for a multibillion dollar company to lose more money increasing once again.

Morbius, the most heavily memed movie of the year, and perhaps the biggest since 2019’s Cats, saw Sony being gaslit into a rerelease a few weeks prior to paltry results. But the internet is not finished there, and a petition for a third release of Jared Leto’s infamous superhero flick has gained further traction.

While it sat at 10,000 signatures on June 10, it has amassed well over 20,000 in total as of June 13. That’s more than 20,000 people all, without any irony or sarcasm, signing it. It’s a testament to two major aspects of internet culture: disdain for movie studios, and reverence for a world of post-truth and post-irony.

Garnering 10,000 signaures in just a few days also means the Morbius memes will not be slowing down anytime soon. The petition’s scribe has posted an update and has called on YouTuber Eddy Burbank to watch Morbius more than just five days in a row, citing that the world needs to offer support for the underprivileged.

The story of Morbius is a fascinating thing.

Now, Morbius’ own director has dismissed ownership of it. On top of that, Sony has seemingly admitted it was a failure with recent marketing attempts, and it might have even just dashed the studio’s hopes for more Spider-Man spin-offs.

Yet and still, it has the potential to live on. If the internet can do this, what could they muster the strength to do with something important?