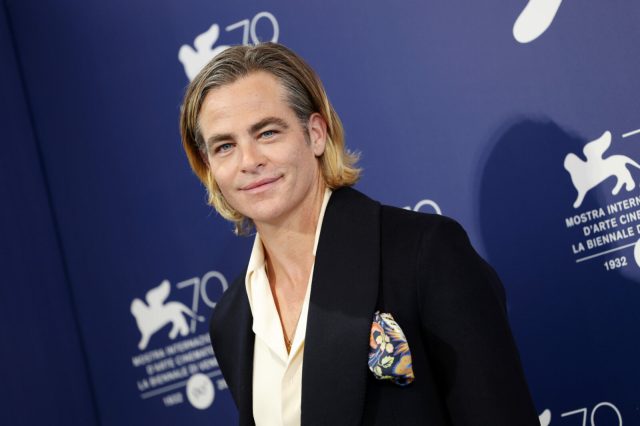 The never-ending drama surrounding the promotion of Don’t Worry, Darling continues with Chris Pine dropping out of an appearance on Jimmy Kimmel Live.

Pine was booked to discuss the film on the show on Sep. 20, but cancelled due to scheduling conflicts. While the Star Trek alum is not on social media, fan account cpinedaily tweeted an updated schedule with the caption, “Chris Pine has cancelled his appearance on Jimmy Kimmel Live that was originally scheduled for tomorrow to promote Don’t Worry Darling. He has been replaced by Kathy Griffin.”

This was followed up with a second tweet explaining that Pine’s absence from the show was officially announced in a video message at the premiere of Don’t Worry, Darling the night before, explaining that the actor was busy working on a new film.

Per The Daily Beast, Pine was replaced with comedian Kathy Griffin, who didn’t mince words over his absence, telling Kimmel that Pine dropped out of the interview because of a particular incident.

“Let’s not B.S. the audience. I’m here, as usual, because a more famous person fell out. But get this, it was Chris Pine, who Harry Styles spit on! So he doesn’t want to be here and get this one giving him the questions.”

Fans were shocked when Pine’s co-star Harry Styles appeared to spit on him at the Venice Film Festival earlier this month. Later, in another incident that went viral, Pine appeared to dissociate during Styles’ vacuous description of the film’s merits.

Don’t Worry Darling tells the story of Alice (Florence Pugh) and Jack Chambers (Harry Styles), a married couple living in a California suburb in the 1950s. Jack works for the enigmatic company that developed their community, and their idyllic world comes under threat when Alice seeks to uncover the secrets that her husband’s employers would rather keep in the dark.

Don’t Worry Darling will release in theaters on Sep. 23.

Note: The headline of this article has been changed for accuracy.